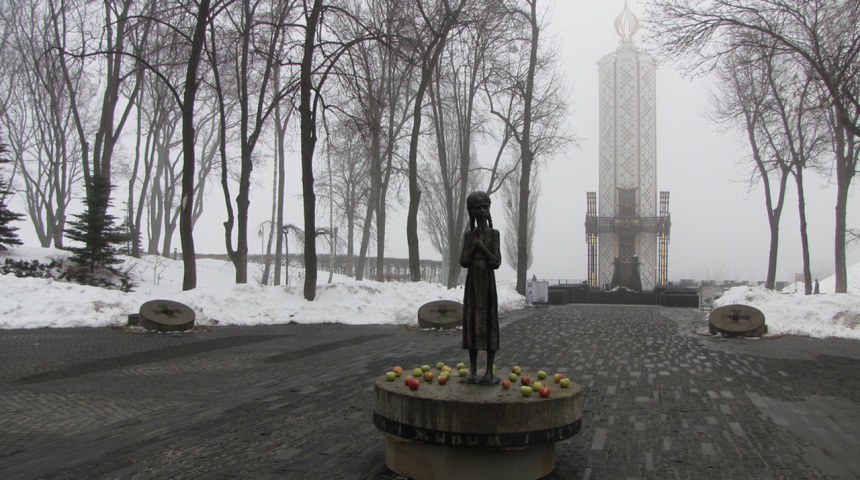 Main mission of the Museum is to warn the society from repeating the crime of genocide by accumulating and spreading of knowledge about the Holodomor.

The Holodomor Museum teaches to confront hatred and human rights violation. The Museum cultivates protection of human dignity and democratic values. We work on preventing crime of genocide by raising tolerance and sense of moral responsibility against challenges to human rights and freedoms.

The Museum plays an important role in civil education of young generation, creates awareness of the need to preserve the Ukrainian state as one of the main defenses against genocide.

An important task of the Holodomor Museum is to remind of Ukrainian identity, which was tried to be replaced by the Soviet identity. The Museum is an intermediary in the process of transferring of information and memories about the Holodomor. It demonstrates сonnection between different generations of Ukrainian nation and preserves the memory about the attempt of its destruction.

Knowledge of the Holodomor history, which is given by the museum, raises the issues of morality – cherishing of respect to the memory of Holodomor victims, compassion and rethinking of personal life positions, which is the highest value.

The basis of the Museum activity includes:

Even after the truth about Holodomor was discovered, denials of genocide by Ukrainian people continue. Categorical denials can be heard from the Russian Federation, which is the successor of the USSR; this is a strong manifestation of disrespect to the memory of millions innocent victims, to the feelings of Ukrainians who lost their relatives, to Ukrainians who survived the genocide, and to democratic rights and freedoms in whole. In fact, a denial can cause a threat of genocide repeating.

By disseminating knowledge about the Holodomor, the Museum draws attention to the “terror by famine”, which is still used in the 21st century in different countries of the world.

National Museum of the Holodomor-Genocide is a state research, cultural, educational and scientific-methodical institution. The museum belongs to the area management of Ministry of Culture and Information Policy of Ukraine.