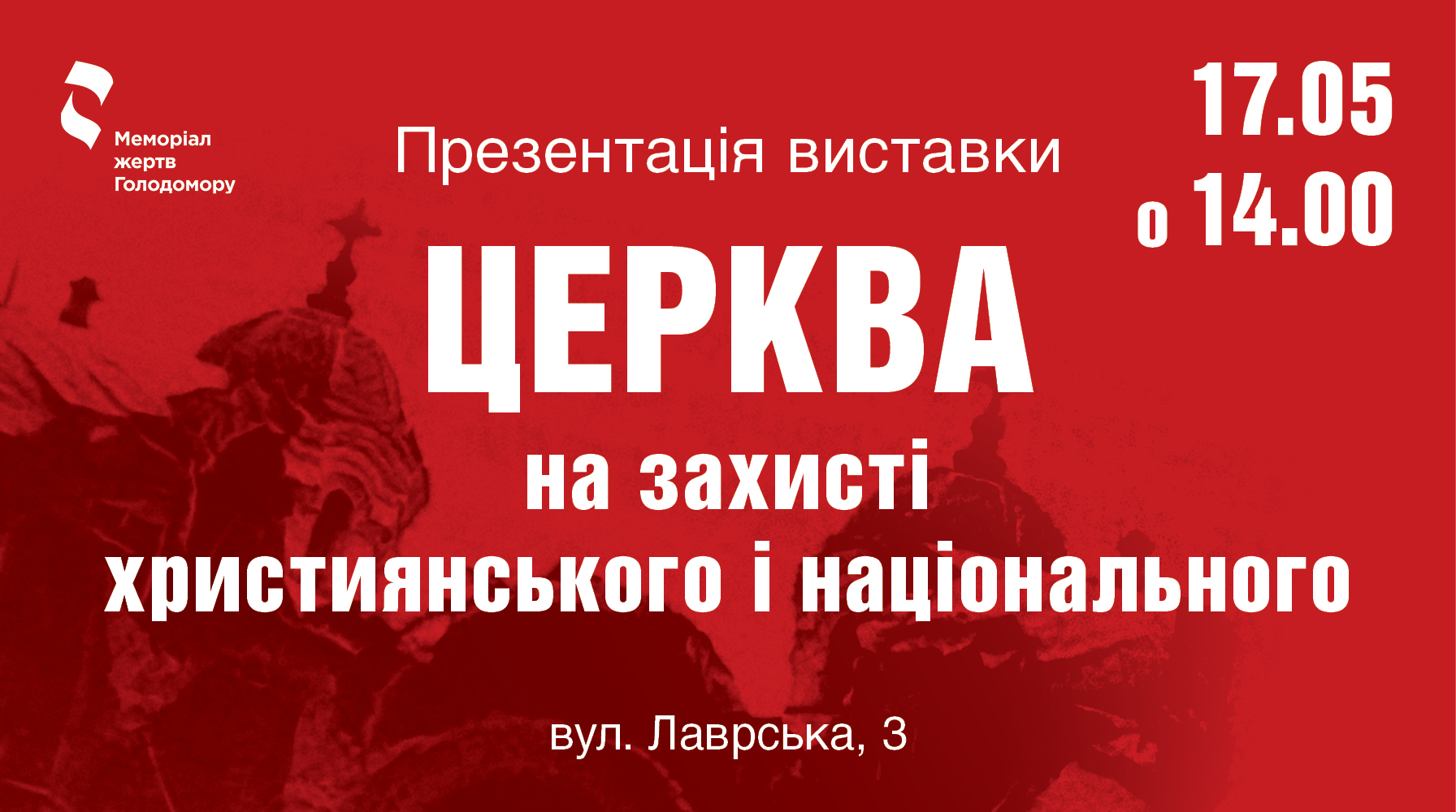 Church Defending the Christian and the National

On May 22, 2019, 100 years have passed since the vaults of the St. Michael’s Military Cathedral in Kyiv at Pechersk were filled with voices of the choir which accompanied the liturgy first conducted in Ukrainian. The conductor was the prominent composer Mykola Leontovych, and the service was led by Vasyl (Lypkivskyi). However, in a very short time Mykola Leontovych was killed by a Bolshevik chekist; Metropolitan of Kyiv and All Ukraine of the UAOC Vasyl (Lypkivskyi) was shot by the sentence of the “troika” of the NKVD, and the cathedral itself, built in the XVII century at the expense of Ivan Mazepa, was destroyed.

It was just the beginning of the crimes committed by the Bolshevik authorities after occupying Ukraine. Thousands of destroyed churches and repressed priests became the eve of the great “harvest of sorrow,” – the genocide of the Holodomor of 1932–1933. After the World War II, the Ukrainian Greek Catholic Church was struggling face to face with the invaders.

The new exhibition of the National Museum “Holodomor Victims Memorial” entitled “CHURCH PROTECTING THE CHRISTIAN AND THE NATIONAL” is about the Bolsheviks’  and Soviet authorities’ struggle with the church and its revival. It will be presented on May 17, 2019, on Friday, at 14.00 in the Hall of Memory (Kyiv, 3 Lavrska Street).

The visitors can see the copies of 1924 Tomos on autocephaly and 2019 Tomos on autocephaly, information posters, unique historical photographs from the funds of the Museum of Religion History (Lviv), from the collection of Fr. Sevastian Dmytruch (Lviv), from the collection of the project “Local History” (Lviv), and part of the photo project by Andriy Herman (Kyiv) on the history of the destroyed churches of Kyiv.

The highlight of the exhibition is a collection of rare editions on the history of the formation of the UAOC in the 1920-40s from the private collection of the collector and the friend of the museum of Dmytro Pirkl (Dnipro).

The exhibition is shown from May 17 to August 20. During this period, follow the events of the parallel program!