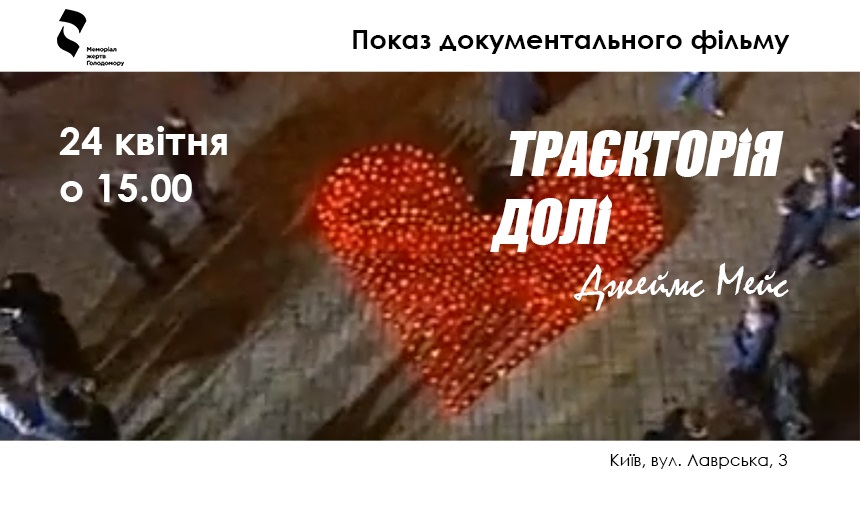 On April 24, at 15:00 in the Hall of Memory of the National Museum “Holodomor victims’ Memorial” we are waiting for anyone who wants to learn more about the fate and identity of the American researcher of Holodomor, James Mace, who has done a tremendous amount to recognize the 1932-1933 Holodomor as a genocide.

For a long time, James Mace lived and worked in Ukraine. We owe it to him, because it was thanks to him that we have a wonderful tradition – every year, on the fourth Saturday in November, to put a candle on the sill, celebrating Holodomor Rememberance Day.

On May, 3, it will be 15 years from the date of the researcher’s death, and on the eve of this sad date, we propose to watch the film “James Mace. The trajectory of fate”, created by the National Public Broadcasting Company in 2017, as well as to communicate with its authors – the famous director Iryna Shatokhina and the author of the script and the leader, the doctor of historical sciences Yurii Shapoval.