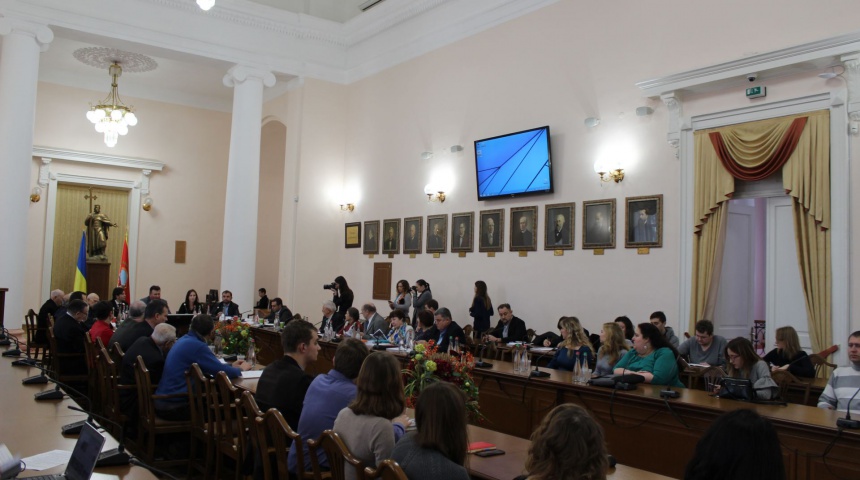 International Conference “Problem of Existential Choice during the Holodomor Genocide”

Study of the existential choice (to be — not to be) under the circumstances of organized genocide of Ukrainian nation is aimed to reveal the social and psychological mechanisms of such choice. While considering the effects of existential desision making during the Holodomor genocide, it is important to study the models of further psychological compensation of the actions at personal level, and intentially propagandized by the Communist regime falsification of the 1932–1933 events in Ukraine, especially in art.

The aim of the conference is to stress the problem of irreversible personal choice out of several possibilities during the genocidal actions. Moreover, contemporary Ukrainian realities need social and philosophical analysis. A person in recent totalitarian society was a “crowd unit”, and nowadays they become mature personality, capable of desicion making, free in thoughts and actions, in particular, regarding the state management and protection of its interests at different levels. Ukrainian case is a death danger for contemporary totalitarian regime. Study of existantial choice is also important during Russian-Ukrainian war, The conference participants are proposed not only to analyze the circumstances od extraordinaryc choice, but also to define the historical influence of ethnopsychological existential notions of Ukrainian community of the 1920–30s onto today state of affairs.

The conference will give the deeper understanding of the Holodomor genocide effects, which still influence Ukrainian worldview and directions of civil society and state development.

Conference proceedings will be published in special edition. In order for your speech (article) to be published, it has to meet the reguirements given at https://visnyk.history.knu.ua/ukr and be sent to [email protected]  till September 15, 2019.