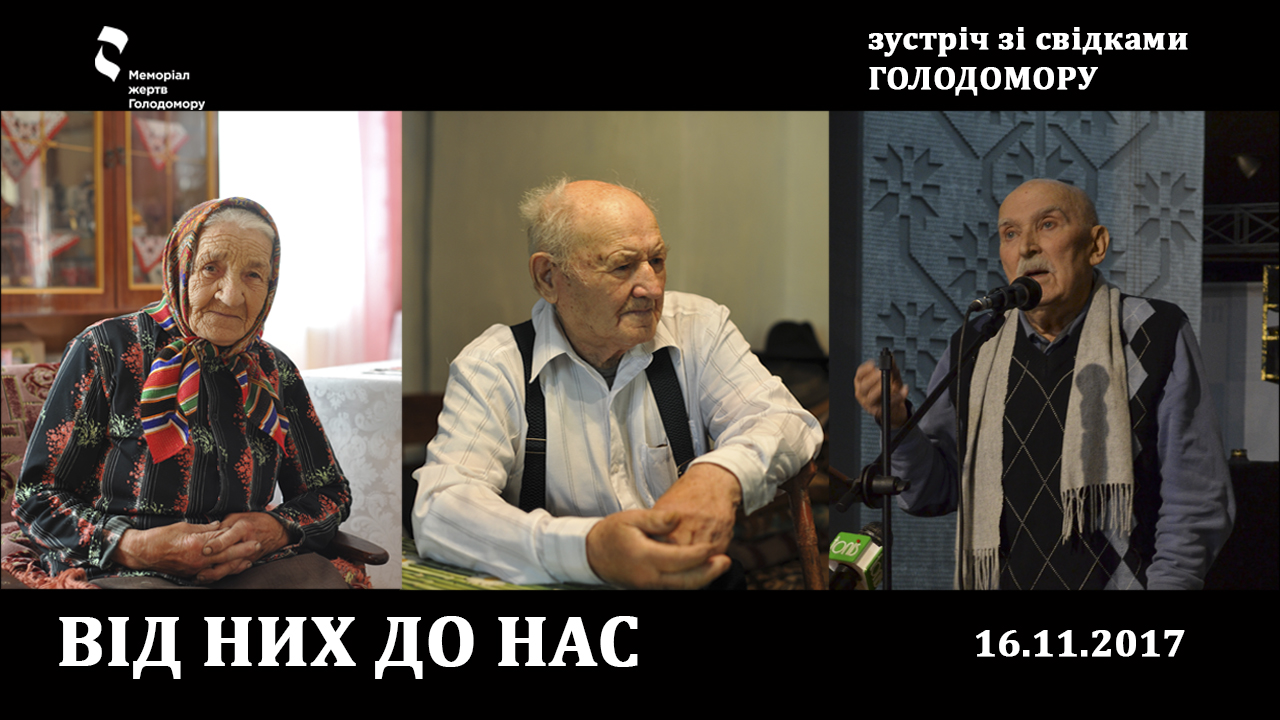 In the 1980s, after the destruction of the wall of silence around the Holodomor, hundreds of memories of people who survived the Holodomor-genocide in 1932-1933, were recorded in Canada and the United States. Approximately at this time the process of restoring memory of the Holodomor began in Ukraine. Although people survived the genocide in various regions and villages of the Ukrainian SSR, they all testify the same thing: in 1932-1933, the Soviet authorities created such conditions for life for Ukrainians which were aimed at the physical destruction with an artificial famine of this national and ethnic group. Such actions of the UN Convention of 1948 are qualified as genocidal.

On November 16, 2017 at 13:00, the National Museum “Holodomor Victims Memorial” will organize a meeting with three witnesses of the Holodomor in the Hall of Memory. Mykola Onyshchenko experienced the genocide in the village of Rosa, on the outskirts of Berdiansk. Since 2014, he has been getting through one more trial: due to Russia’s military invasion in Donbass, he was forced to leave his home in Luhansk. Two other witnesses, Zynovii Maslo and Tamara Bedrenko, will share their memories of the Holodomor in the village of Kyiv region and tell about the fate of their relatives and villagers.

Students of 9-10 grades of Kyiv secondary school №138 are invited to meet with witnesses.

We invite all those who wish, especially the representatives of media, to join a unique meeting that has the risk of be never repeated. From them to us: our duty to preserve the memory of what was done to Ukrainians in 1932-1933, of the murder of 7 million people and about those who survived.

The address of the museum: Kyiv, 3 Lavrska street