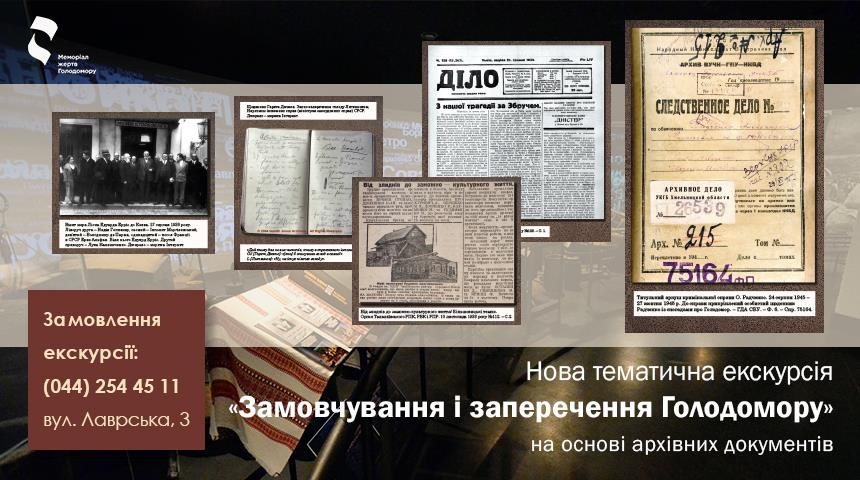 An exhibition of archival documents (copies) about the silence and denial by the Soviet authorities of the Holodomor reveals to the visitor the techniques of manipulating public opinion, creating a distorted “coverage” of events. It also shows the measures taken by the Soviet authorities to erase the memory of the Holodomor and the victims of the crime. All this in the complex had an impact on the noninterference of the West in a situation that led to the murder of more than 7 million Ukrainians in a vacuum of silence.The exhibition consists of 39 documents, among which: administrative documents, summaries, extracts from criminal cases, acts of registration of deaths, Soviet and foreign newspapers, letters, memoirs, photos.
Also, within the framework of the exhibition, the visitor is invited to review the documentary film produced by RFE/RL “Holodomor. The world knew, but was silent” (2018, 23 min). It refers to the spread of information on mass deaths in Ukraine in 1932-1933, which went against the official denial, and the decision of the governments and parliaments of the Western powers “not to notice hunger”.
The topic of information propaganda and manipulation is particularly relevant in the context of an information attack by the Russian Federation on Ukraine.
The exhibition is available in the Hall of Memory according to the usual schedule until May 2019.