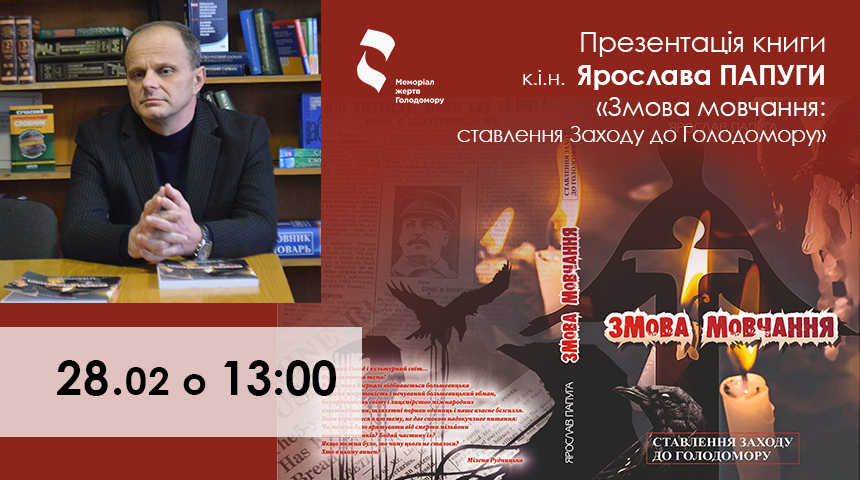 Presentation of the book The Conspiracy of Silence: The Attitude of the West to the Holodomor by Yaroslav Papuha

For over 50 years, the Soviet occupation authorities have been trying to conceal the crime of genocide against the Ukrainian people they committed in the 1930’s. The international community was informed about the situation in sub-Soviet Ukraine through the reports of diplomats and correspondents, but preferred not to notice the famine, which resulted in the death of 7 to 10 million people. Candidate of Historical Sciences Yaroslav Papuha analyzed the reports of the world press and public authorities outside the USSR on the Holodomor-genocide. In his book The Conspiracy of Silence: The Attitude of the West to the Holodomor he showed the position of the international community and the West power institutions on artificially created famine. The historian explained how the Soviet Union managed to conceal the crime of genocide against Ukrainians and why political leaders of most states ignored the reports about the Holodomor.

Time of the event: