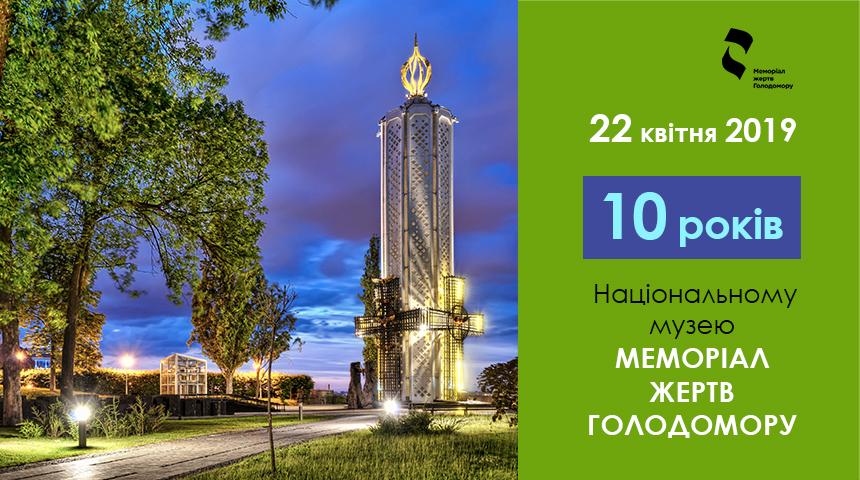 10 years ago, on April 22, 2009, the  State Museum “Holodomors’ victims’ Memorial in Ukraine. was created by the order of the Cabinet of Ministers of Ukraine.

We want to meet the Memorial’s birthday together with our friends, admirers of the museum.

The lecture will be held on April 17 at 14.00 in the Memory Hall of “Holodomor victims’ Memorial” (Kyiv, 3 Lavrska St.). Free entrance.

At the documentary film screening “James Mace. Trajectory of fate” and a dialogue-meeting with its director Iryna Shatokhina and its scriptwriter, Doctor of Historical Sciences Yurii Shapoval we’ll remember James Mace on the eve of the anniversary of his death (May 3rd).

James Mace, a well-known American researcher who lived and worked in Ukraine for a long time, did a lot to recognize the 1932-1933 Holodomor as a genocide, both in Ukraine and abroad. It was through him that the tradition of lighting the candle on the fourth Saturday of November was celebrated, commemorating Holodomor Remembrance day. The screening of the film will take place on April 24 at 15:00 in the Memory Hall of the National museum “Holodomor victims’ memorial” (Kyiv, 3 Lavrska St.). Free entrance.

As well as surprises and gifts – all for those who visit the “Holodomor victims’ memorial” on April 20-22, there will be free tours (you’ll only pay an entrance fee):

We are waiting for everyone who adores our museum and wants to know the history of Ukraine better!

PROGRAM OF EVENTS TO JUBILEE

2. A screening of the film “James Mace. Trajectory of fate” and a meeting with historian Yurii Shapoval and director Iryna Shatokhina – on April 24 at 15.00 p.m., free entrance.