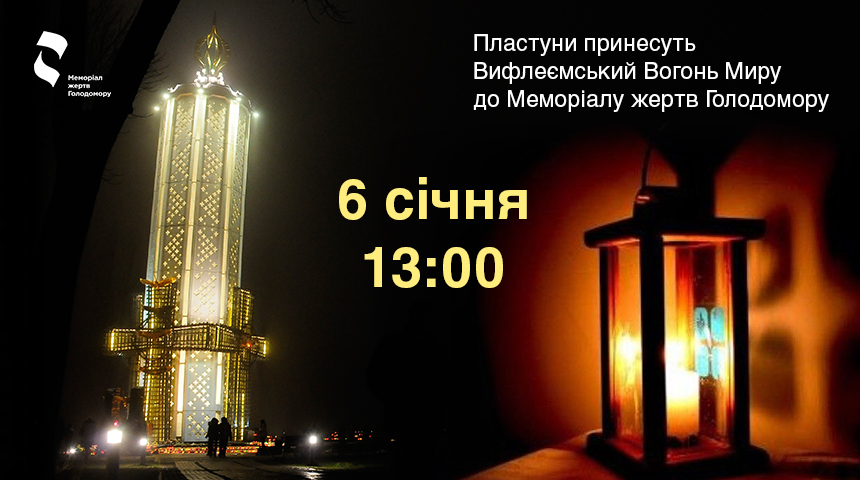 On January 6, 2019, on the day of the celebration of the Holy Even, representatives of the scout organization Plast will hand over the Bethlehem Peace Light to the National Museum ‘Holodomor Victims’ Memorial’.
The Bethlehem Peace Light is an international annual scout event dedicated to the celebration of the Christmas, which consists in spreading the symbolic fire that was lit at the birthplace of Jesus Christ. The action was launched  in 1986 by the Austrian Broadcasting Corporation ORF in Linz. Every year, representatives of the ORF and Austrian scouts deliver the Peace Light of Bethlehem to Austria. Then they are transferred to neighboring countries.
For 22 consecutive years, Plast members have been distributing Bethlehem Light to all parts of the country.


We invite you to join the light-giving ceremony, which begins at 13:00 in the Remembrance Hall of the Memorial, and the Light with them.

The event will take place on January 6, 2019, at 13:00 in the Hall of Remembrance in the National Museum “Holodomor Victims’ Memorial”.