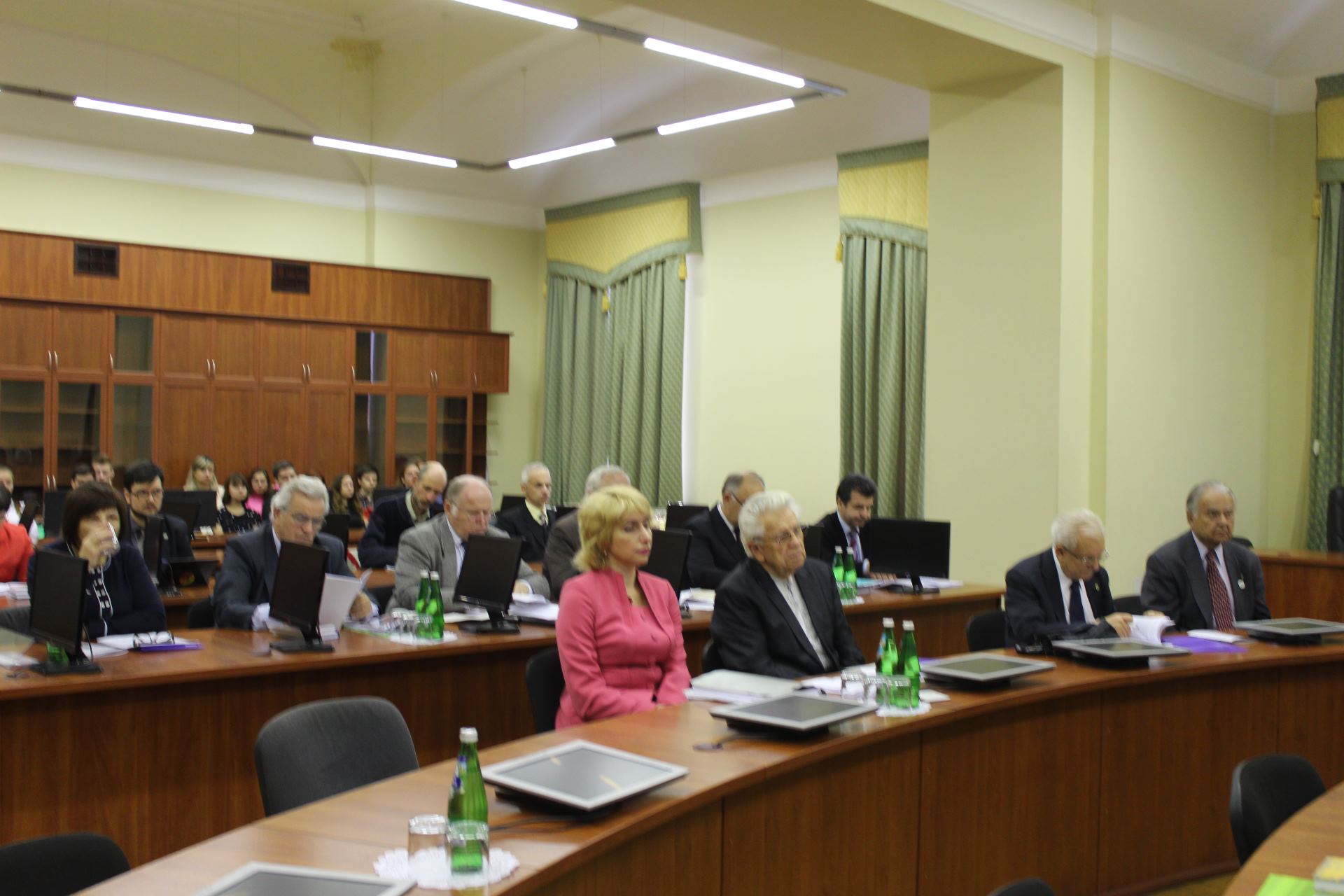 The International scientific and practical conference called “Holodomor 1932-1933: losses of the Ukrainian nation”

During three plenary sessions of the conference there were 33 papers presented different aspects of losses of Ukrainian nation because of genocide committed by communist occupation regime headed Joseph Stalin.

The key issue of the conference was the problem of demographic losses of Ukrainian nation during Holodomor-genocide 1932 – 1933, which is not solved yet and still controversial. Despite the fact, that the Ukrainian historiography especially Ukrainian Diaspora is based on documents of foreign diplomats, scientific researches newly declassified archival documents and published testimonies of contemporaries, calculates Holodomor losses from 7 to 10 million people, some researchers and demographers referring to Moscow archives and outdated research studies, defend the figure of 3.5 – 3.9 million victims.

1. To consider scientifically proved for today losses from the Holodomor-genocide during 1932-1933 at least 7 million – in the USSR and 3 million – outside the USSR: the Kuban, the Central Black Earth region, the Volga region and Kazakhstan.  To recommend for educational institutions, museum institutions, media, and diplomatic corps to use these quantitative index in the educational and informational work, in which were included all the victims of the Holodomor.

2.  To continue researches of losses due to genocide of the Ukrainian nation, to call expert demographers to work more closely with historians and adjust the calculations, also based on newly discovered historical archival documents.

3. To suggest scientific community to use definition “communist occupation” for the nature of Bolshevik political regime established in Ukraine in the early 1920s.

4. To address to the Security Service of Ukraine with a proposal to extend the investigation on fact of genocide in Ukraine in 1932 – 1933 in order to find the direct perpetrators and clarify its consequences.

5. For Organizing Committee of the conference to continue its work for preparation and conduction of scientific and practical seminar about methods of archival sources searching, about the losses of the Ukrainian nation, inviting local and foreign demographers on the first half of 2017.

6. To address Ukrainian Institute of National Remembrance and the Institute of History of NAS of Ukraine to organize in 2017 international scientific conference about  Holodomor of 1932 – 1933 in Ukraine and Great Famine in Kazakhstan.

7.  To suggest to the Ministry of Education and Science of Ukraine:

• to organize the preparation and publication of specialized collection based on additional search and researches of archival documents collections about mechanism Holodomor-genocide crime in Ukraine;

• to provide funds for state order publication of scientific researches of Ukrainian demographers of 1920 – 1930 (A. Khomenko, K.Voblyi, J. Korchak-Chepurkivsky), works of Western and Ukrainian Holodomor researchers;

• to involve in improvement of History of Ukraine text books for secondary school and higher education institutions the Holodomor researchers –participants of the conference V.Marochko, V. Serhiychuk, A. Zinchenko, J. Kalakura;

• to pay attention to the inadmissibility and prematurity of implementing to the External independent testing of quantitative index for demographic Holodomor losses 3.9 – 4.5 million people as final due to research incompleteness.

8. To address to the Cabinet of Ministers of Ukraine with a propose of annual predictions in the State Budget of Ukraine for construction of the main assembly of the National Museum “Holodomor Victims Memorial ” – a building to place the museum exhibition to its completion and to conduct statutory activities to preserve the memory of Holodomor- genocide.

9. To address to the Ministry of Foreign Affairs of Ukraine to intensify work with governments and parliaments of foreign countries to recognize the Holodomor as genocide.

10. To address to the Presidential Administration of Ukraine to support the results of public discussion, held on September 8, 2016 at the National Museum “Holodomor Victims Memorial” to change the name of the annual national memorial day from “The Commemoration Day of Holodomors victims” to “The Commemoration Day of Holodomor victims” 1932 – 1933 – genocide of the Ukrainian nation and mass artificial famines of 1921 – 1923, 1946 – 1947 years.”