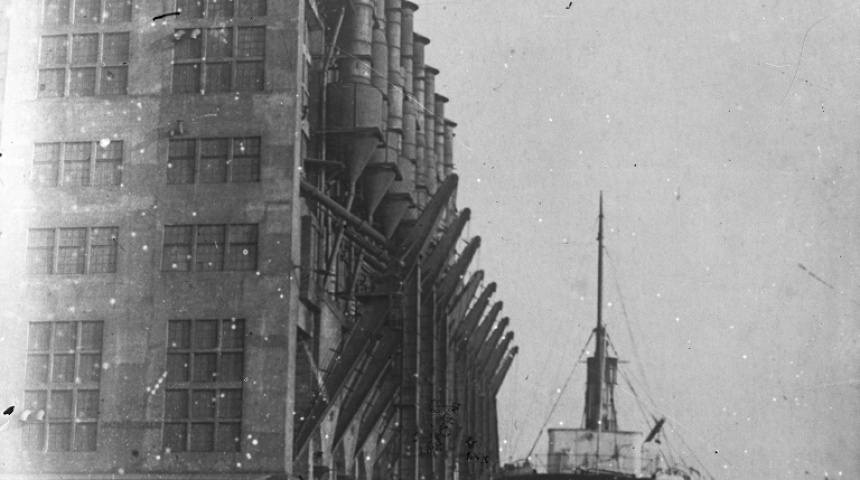 At the time when millions of Ukrainians were dying in severe hunger agony, the Soviet government exported Ukrainian grain to other republics of the USSR. The restriction of grain exports in 1931 and its complete cessation in 1932−1933 could have prevented the famine. Moreover, such decisions in no way influenced the process of industrialization because during this period world prices on wheat fell down. The USSR received significantly more profits from the export of timber and oil products. In addition, quite large volumes of grain were accumulated in the state reserves, but these resources were not used to assist the hungry Ukraine. This shows the intentional actions for the organization of famine in Ukraine. 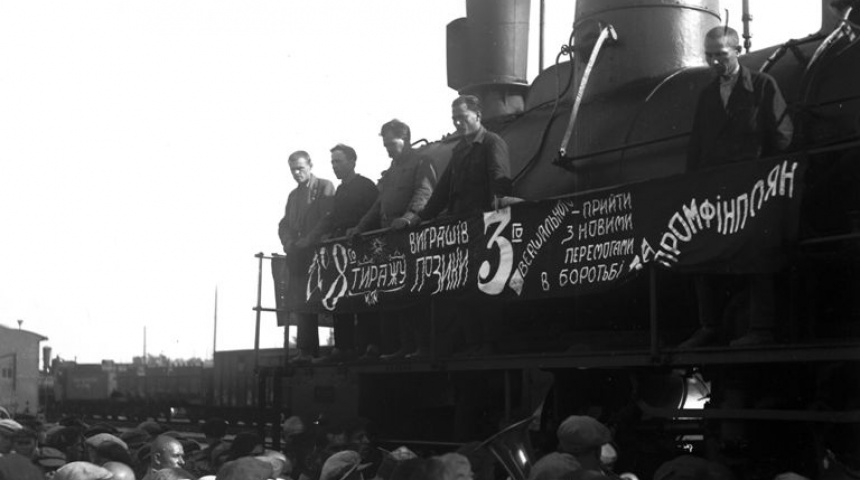 SENDING THE ECHELON WITH GRAIN FROM DNIPROPETROVSK CITY. 1932. CENTRAL STATE ARCHIVE OF PUBLIC ORGANISATIONS OF UKRAINE 2-5881