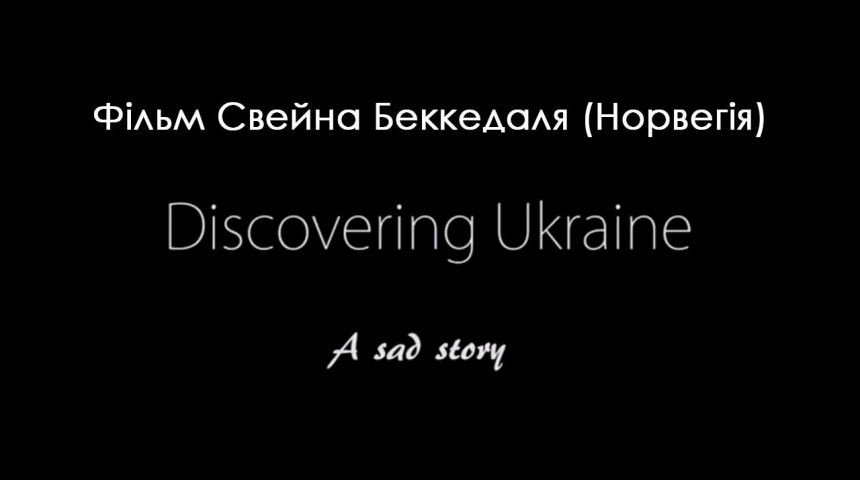 The movie Discovering Ukraine. A Sad Story was created in 2017 in Norway by Svein Bækkedal, who has been working for many years at the Norwegian television. It tells about the history of Ukrainian genocide which is called the Holodomor. Since the film is targeted at the Western European viewers, the story begins with the fact that there is an independent state of Ukraine rich with different natural resources. The people of this state experienced a terrible crime of genocide, extermination with man-made famine in the early 1930s, about which Western audience does not suspect. Actually, the film is aimed to tell exactly about it.