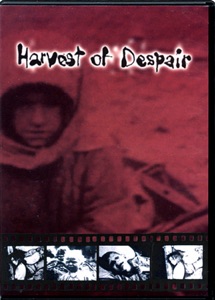 Harvest of Despair shows difficult period for the Ukrainians associated with the communist occupation of Ukraine. Ukrainian nation became the victim of the Holodomor of 1932–1933. The genocide was an attack against their religious life, the intellectuals and the farmers, who were the carrier of Ukrainian national idea. The movie covers the entire constant pressure and repressions against the Ukrainian people in the stories of witnesses and professional historians.

The film is available in Ukrainian and English.