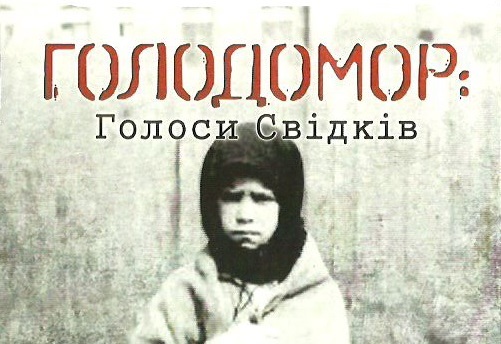 This documentary includes the testimonies of Ukrainian Canadians about how they survived the Holodomor—the genocide, which was planned and carried out by Soviet dictator Joseph Stalin in 1932–1933.

He decided to destroy the national aspirations of the Ukrainian nation and Ukrainian elite and exterminate the farmers. He introduced collectivization and sent crews that went from one hopuse to another confiscating not only the harvest of grain, but all the food. The aim of Stalin was kill Ukrainians by starving. The world closed its eyes to this tragedy. Ukrainian Soviet state exported grain to the West, while millions of Ukrainian men, women and children were dying of starvation.

In this film, collected testimonies vividly show unexplored period of history, the consequences of which continue to respond today.

The film is available at the Museum in Ukrainian and English.