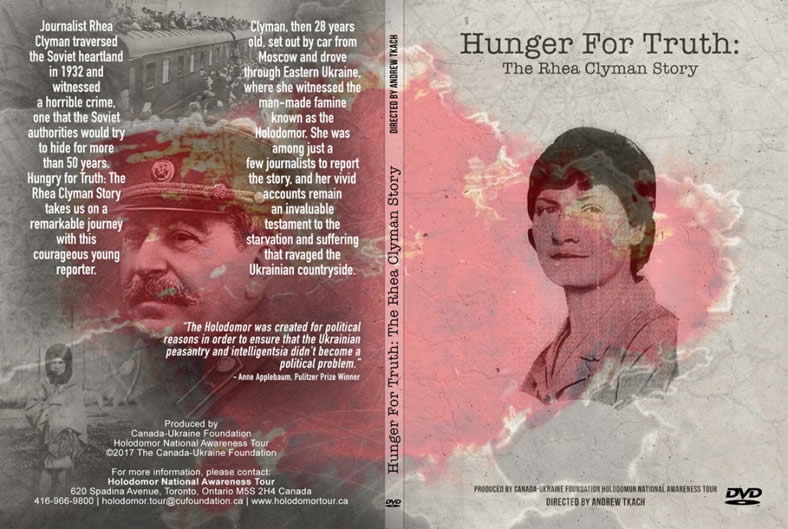 In the autumn of 1932, the Canadian reporter Rhea Clyman went on a car trip from Moscow through Kharkiv, Donbass, Kuban, where at that time the Holodomor was perverted, to the Caucasus. She described what she saw in her articles, which she sent abroad, but her thoughts were never heard, and Rhea herself was expelled from the USSR as a “bourgeois disturber of calm”. Film director compiled the documentary archival story of the reporter with the contemporary events—a life of the family of Ukrainian military Serhii Hlondar, captured and still kept by the Russian Federation during the war at the East of Ukraine. In this way the modernity repeats the past.

The film was shot at the request of the Canadian-Ukrainian Foundation in cooperation with the Babylon-13 association. The film uses unique three-dimensional digitized photos from the albums of Alexander Wienerberger as well as incredible musical accompaniment—music of Ukrainian singers Jamala, ONUKA, and DakhaBrakha and DakhDaughters music bands.