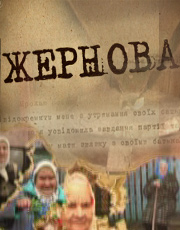 The film tells about the events of 1932–1933 in Kharkiv region. The film creators collected the memories of elderly people who experienced the Holodomor as children. The director with film crew visited every district of the region and recorded more than 30 stories. In the “Millstones” there are no subjective value judgments or conclusions, even the word “Holodomor”  does not appear. The authors believe that the viewers will be able to make conclusions on their own.

The film is available in Ukrainian with English captions.