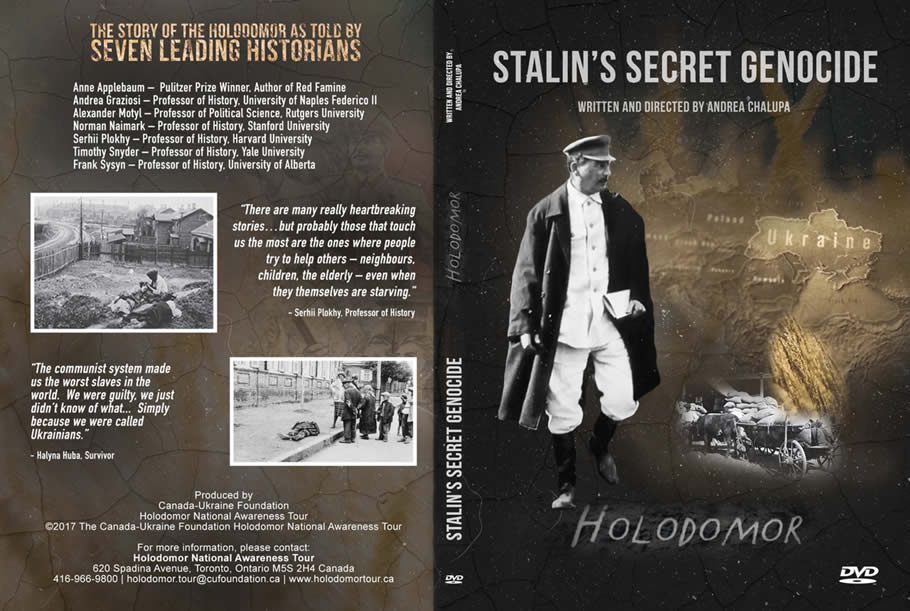 Stalin’s Secret Genocide is an introductory film about the genocide in Ukraine—the Holodomor of 1932–33, caused by the policy of Stalin, who is fully responsible for this crime. The film shows the Holodomor from the position of one of the many crimes (possibly the bloodiest) of Stalin’s totalitarian policy. It contains archival video and photo materials, commentaries of historians, journalists and political scientists and is suitable for familiarizing a wide range of viewers (including foreigners) with the toic of genocide of the Ukrainian people. A 15-minute film was produced for classrooms and the public by the Holodomor National Awareness Tour, a genocide education program supported by the Canadian government. Featured experts include Pulitzer Prize-winning historian Anne Applebaum, Yale University professor Timothy Snyder, Harvard Universityprofessor Serhii Plokhii, Stanford Universityprofessor Norman Naimark. Written and directed by Andrea Chalupa.