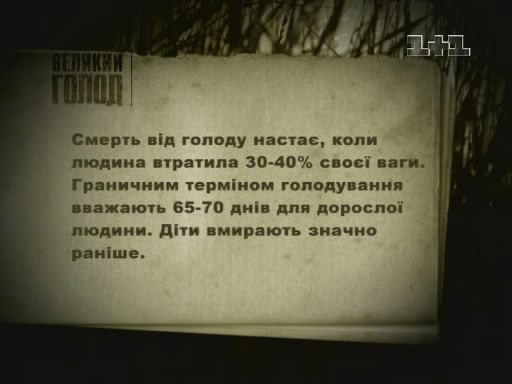 The documentary The Great Famine was created by TV channel 1+1. The film shows the years of Holodomor, especially the robbery of Ukrainians by the communist regime, export of the confiscated bread abroad by trains and ships, and collecting gold of the Ukrainians through the “torgsin” system. The main idea of the film is proclaimed in the following words: “When a person dies, a world disappears. When millions pass away, a galaxy disappears. If you forget for whom the bell has tolled, it will toll for you…”