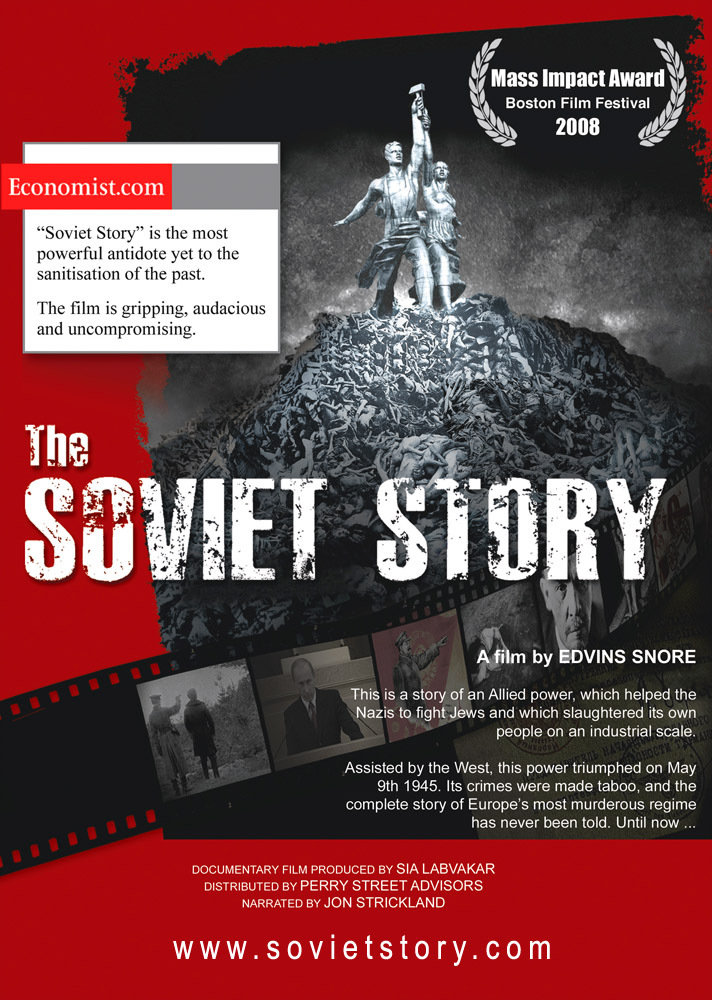 The Soviet Story is Latvian documentary about historical events in the Soviet Union before, during and after the Second World War, the communist terror and manifestations of Nazism in contemporary Russia. Film is focused on the crimes of the Soviet regime and cooperation of with Nazi Germany, and tries to prove  similarity between the two regimes with the help of documents. One of the episodes of the film tells about the Holodomor, and compares the destruction of Ukrainians in 1932–1933 with the extermination of Jews during the Holocaust.

The film is available at the Museum in English and Ukrainian.