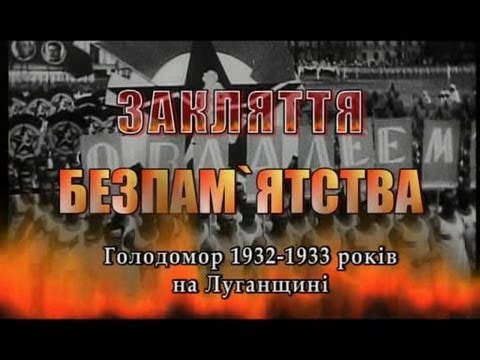 Spell of Forgetting: The Holodomor of 1932–1933 in Luhansk region tells about the Holodomor experienced by the farmers of Luhansk region, the northern regions of which belonged to the Kharkiv region during the Holodomor. The value of the film is that its creators recorded the memories of the Holodomor witnesses and confirmed a crime of the communists against the Ukrainians of the region, around which there are many insinuations regarding the denial of the crime. In addition to the tragic pages, the documentsry shows the role of the genocide in the minds of ordinary residents of Luhansk region in the early 21st century, in the information space and regional policy.