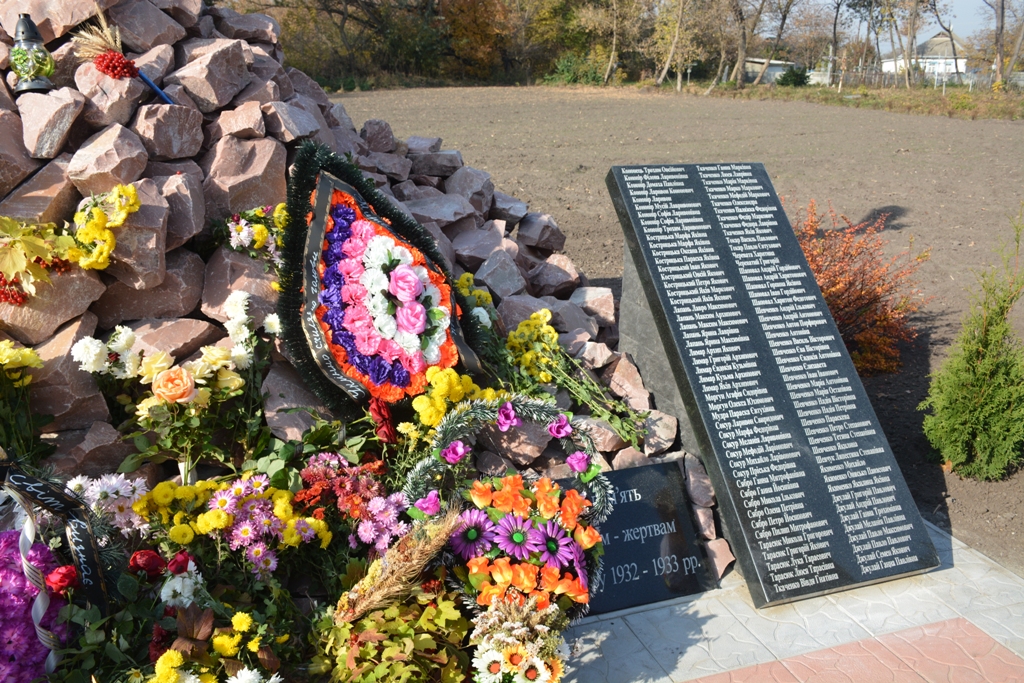 A Memorial to Holodomor victims was installed In Kyiv region

On October 19, 2018, a memorial momument to the villagers who were killed by the Soviet regime in 1932-1933 was installed in the village of Myrivka (Kaharlytsky district, Kyiv region). 344 people, including 169 children, were victims of genocide, committed against the Ukrainian nation.

The participants of the event commemorated the victims of Holodomor-genocide by a minute of silence and laying flowers.

The initiators of the constructing of the memorial plague were the deputy of the Kagarlytsky District Council Ivan Lysyi and the public activist Nadiia Tymchenko.