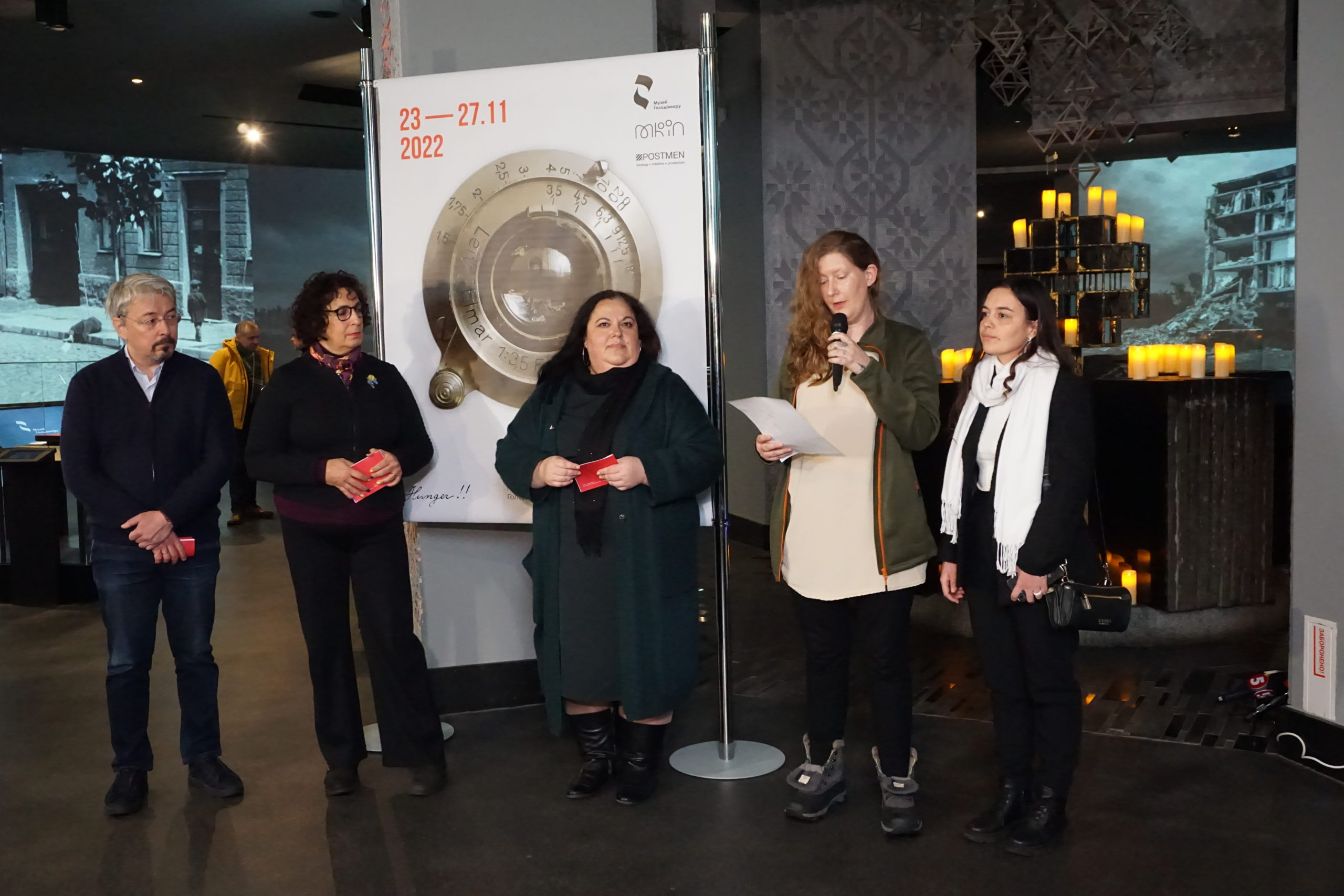 Alexander Wienerberger’s Leica is back in Ukraine

Today, November 23, the unique exhibition “Leica that saw the Holodomor” opened in the Hall of Memory of the National Museum of the Holodomor-Genocide. For the first time in Ukraine, it presents the camera of the Austrian engineer Alexander Wienerberger, which in 1933 captured footage of the Holodomor in the Kharkiv region. Also on display, there is a photo album compiled by the author himself, a certain device with which Wienerberger managed to secretly take photos and the brochures Russland wie es wirklich ist (“Russia as it really is”, 1934) and Um eine Fuhre Salz im GPU-Keller (“Cargo of salt in the basement of the GPU”, 1942) with Alexander Wienerberger’s memoirs about life in the USSR. Exhibits valuable to Ukrainian history were brought to Kyiv by the engineer’s great-granddaughter Samara Pearce, who lives in Great Britain.

The exhibition was opened with the support of the Ministry of Culture and Information Policy of Ukraine and the creative partner of the project — Postmen Information Agency.

Acting Director General of the National Museum of the Holodomor-Genocide Lesia Hasydzhak, opening the exhibition, emphasized: “Today, we are presenting an exhibition with, without exaggeration, one of the most defining exhibits in the history of Ukraine. In the history of the Holodomor, these are the most valuable objects in the world. We are talking about the Leica camera, which belonged to the Austrian engineer Alexander Wienerberger, who in 1932-1933 worked in Kharkiv and secretly documented the crime of genocide on his camera; an album of photos that this camera took and brochures that he wrote and published with impressions of his 15-year stay in the USSR. Today, these photos are the main photographic evidence of the crime committed by the Russian Bolsheviks in Ukraine 90 years ago. However, when we thought that all the history lessons had already been learned and analyzed and such crimes could never repeat, Russia again started a war against Ukraine in order to prevent the existence of a strong democratic country nearby. After all, this is the essence of an empire. And we are all now witnesses of new crimes by the Russians. In the shelled and destroyed Ukrainian cities — Mariupol, Balaklia, Izium, Bucha, and Irpin — Ukrainian citizens are again dying from shelling, bombing, and torture, and observers are once again recording the places of mass burials. Behind all these crimes now, as 90 years ago, there is one enemy: Russia.”

Oleksandr Tkachenko, Minister of Culture and Information Policy, thanked everyone involved in the organization of the exhibition in this difficult wartime. “The Soviet state destroyed crimes. That is why it is so important and symbolic that we, Ukrainians, can see this camera today, he emphasized. — And it is very symbolic that we commemorate the 90th anniversary of the Holodomor-genocide and the memory of its victims during this war. The Holodomor Museum is practically the only object where the construction of the second stage continues, because the world needs to know about the crimes committed by Russians over the decades and during the Holodomor. And, unfortunately, now we are witnessing new crimes.”

Alexander Wienerberger’s great-granddaughter, Samara Pearce, told how she learned about the Holodomor history and the important evidence of its commission, recorded by great-grandfather Alexander:

“I am the great-granddaughter of Alexander Wienerberger, photographer of Holodomor, engineer, inventor and general master of anything he turned his hand to. In 2012 I went to visit my grandfather Tony, he gave me a 1932 Leica and told me to speak to my grandma Lily Margot, when she told me the story of Alex and her memories of the USSR and Holodomor, I was shocked this was the first I was hearing about it. One year later, the red album was found in her attic and gifted to me because they could see I was dedicated to the truth of Holodomor.”

The same year, she made her first trip to Ukraine and met Oleksandr Kovalchuk’s family. From his grandmother, Nina Dudnyk, Samara learned even more about the Holodomor.

“As I arrived here yesterday by train, I felt connected to Alex, as I sat remembering his description of his train journey to Kharkiv 1933. I felt he would be proud that this work is being protected and the truth of Holodomor is being talked about across the world.”- Samara Pearce added.

“The Holodomor is a tragedy of an incredible scale,” said Melinda Simmons, Ambassador Extraordinary and Plenipotentiary of Great Britain to Ukraine. – Probably many of you know that the roots of my family come from Ukraine. And the pain of the loss of our people, including those that are now, is very painful. Every year on the last Saturday of November, I light a candle in my window and remember everyone whom Ukraine has lost. At the same time, I remember those who work tirelessly not to lose the memory of the horrors of the Holodomor. And I’m thankful to them. This exhibition is a powerful example of that memory. And I am grateful to Alexander Wienerberger’s family, who made great efforts to show this truth to the world.”

To commemorate this event, Yaroslav Vedmid, head and founder of the Postmen communications agency and creative partner of the exhibition project, presented copies of Wienerberger’s “red” album to Oleksandr Tkachenko, Melinda Simmons, and Samara Pearce.

During the First World War, the Austrian Alexander Wienerberger was mobilized to serve in the Austro-Hungarian army and took part in hostilities against the Russian army. Later he was captured and then imprisoned in the Soviet Union as a spy. No evidence of his espionage activities was found, instead, Wienerberger’s engineering profession, which had already managed to learn the Russian language, was of interest to the Soviet state. Alexander received high positions, moreover, he was appointed to a chemical industry enterprise in Kharkiv later.

It was precisely 1932-1933, the height of the Holodomor, which an Austrian had to see on his own and record with a Leica II camera. Today, this is important evidence of the crimes of the totalitarian communist regime against Ukrainians. Subsequently, he managed to secretly ship the negatives of the photos abroad by diplomatic mail. In 1934, after returning to Austria, Wienerberger presented the Austrian Cardinal Theodor Innitzer with an album with photographs of Moscow, Crimea and Kharkiv. Later, the photos were published in pamphlets of the engineer’s memoirs, as well as in the book of the German publicist Ewald Ammende “Should Russia starve?” (1935).