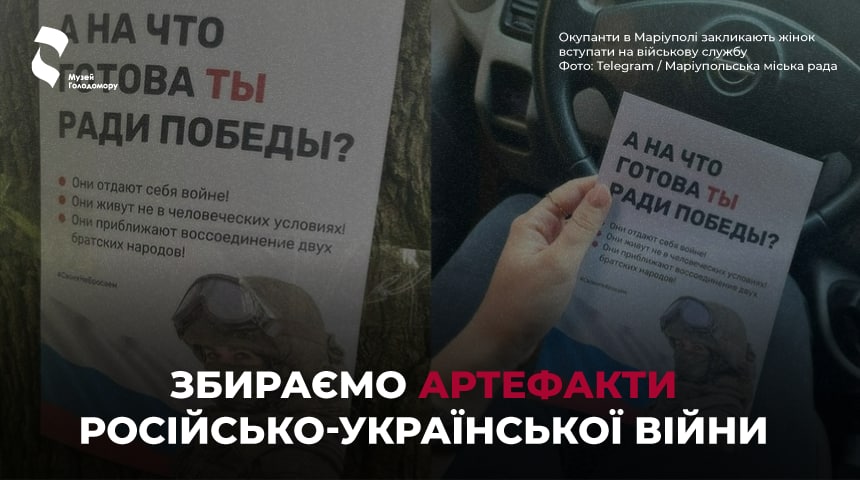 Attention! We collect artefacts from the Russian-Ukrainian war

The National Museum of the Holodomor-Genocide is asking for help stocking the museum collections.

If you own artefacts of the Russian-Ukrainian war or have information about such items, you can contribute to their preservation and display in the Museum.

First of all, we are looking for:

Pay attention! The Museum will primarily consider attributed exhibits, that is, those for which the following information is available: time and place of discovery, associated military history, and owner or person donating the artefact to the Museum. However, if you have the will to donate other interesting things to the Museum, we will consider your suggestions.