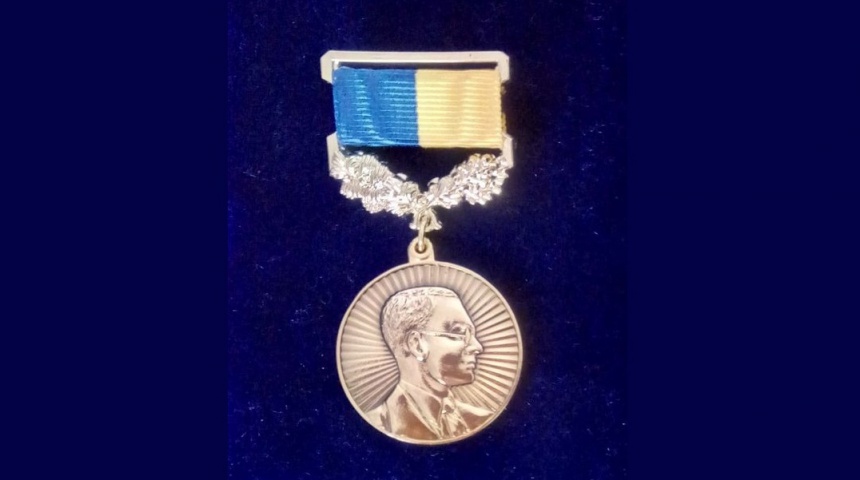 Leading researchers at the Holodomor Research Institute, Vasyl Marochko and Volodymyr Serhiichuk, have been awarded the Gareth Jones Medal.

According to The Day newspaper, the Gareth Jones Medal is a non-state, special-status award, created to honor and reward journalists, publishers, scholars, philanthropists for their significant contribution to the Holodomor-genocide and mass famines of  1921–1923 and 1946–1947 studies, high professional skills, promoting the restoration of the historical truth about the tragic pages of the past of Ukraine. The founder of the award is Institute of Journalism of Taras Shevchenko National University of Kyiv.

The honors are awarded by decision of the Academic Council of the Institute of Journalism of Taras Shevchenko National University of Kyiv. According to the decision of the Scientific Council, of September 17, 2019, the first awarded were: