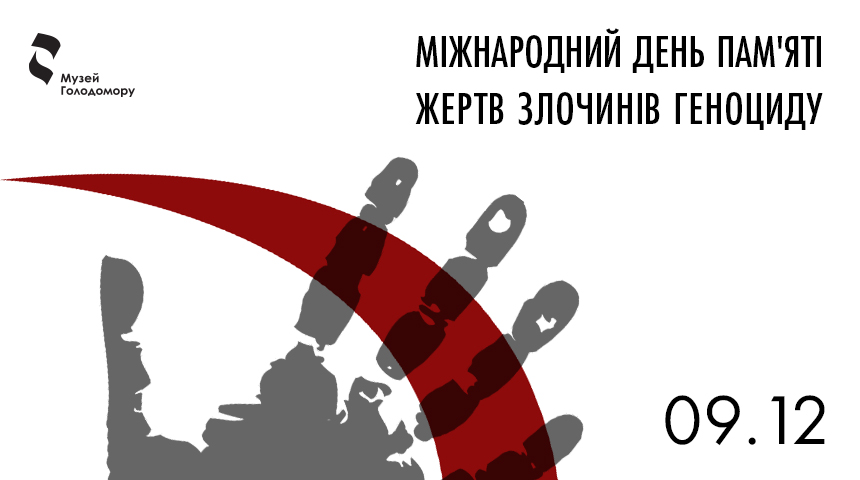 The International Day of Remembrance for the Victims of Genocide was established in September 2005 by a resolution of the UN General Assembly. This date was not randomly chosen: the Convention on the Prevention and Punishment of the Crime of Genocide was adopted on December 9, 1948. Remembrance Day was added to the world community’s calendar to raise public awareness of the Convention’s provisions, honor the memory of those who died as a result of genocide, and prevent similar crimes in the future.

The world community recognized genocide (repression, ethnic cleansing, and forced resettlement of a nation) as the most dangerous form of violation of human rights and freedoms, as well as the most serious crime against humanity. The actions of various governments, particularly against Crimean Tatars, Jews, Roma, Poles, and Armenians, are signs of genocide. The Ukrainian nation also experienced the genocide of 1932-1933. The communist totalitarian regime committed the Holodomor on the territory of the UkrSSR and Ukrainian ethnic lands.

On December 7, 2016, the Verkhovna Rada adopted a resolution calling on the world’s democracies to recognize the Holodomor of 1932-1933 in Ukraine as a genocide against the Ukrainian people.

Today, 15 states have officially recognized the Holodomor as a genocide against the Ukrainian people.