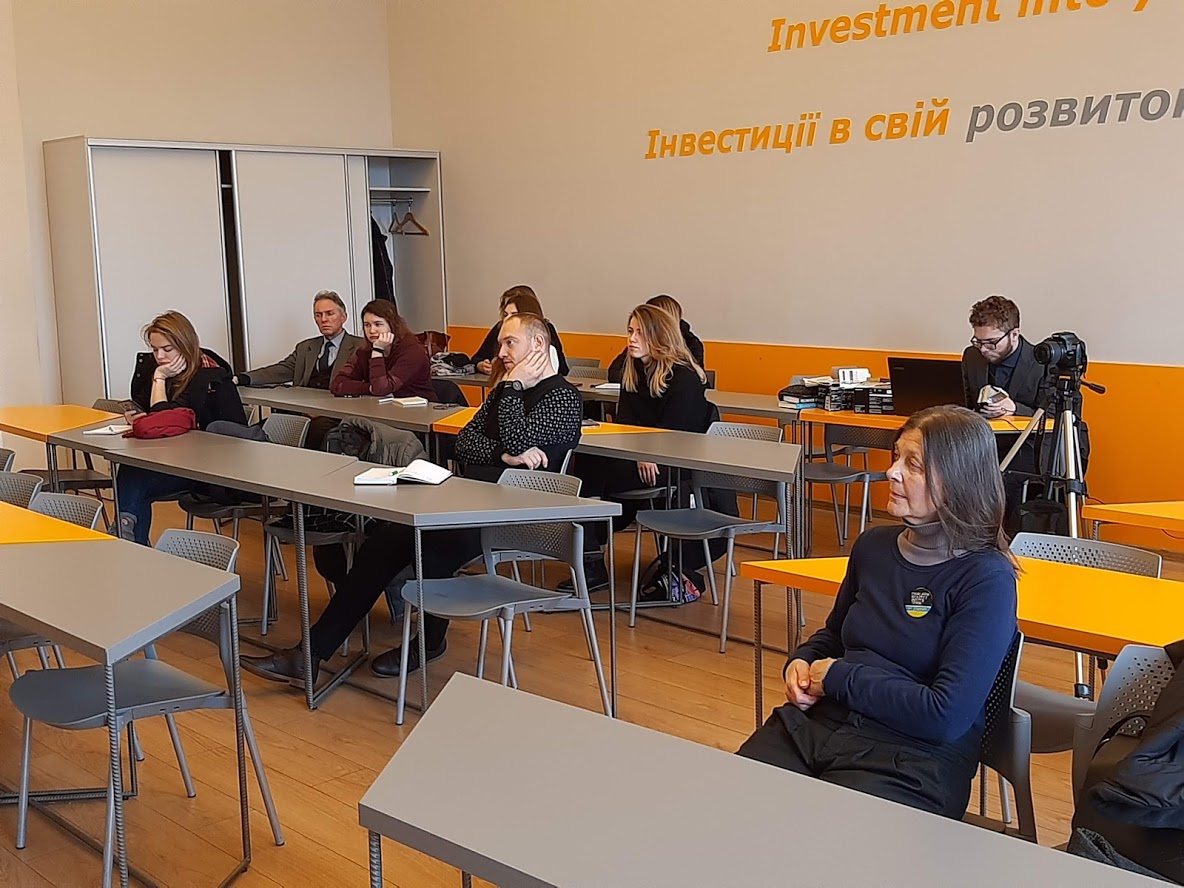 The Holodomor Museum, in cooperation with the the Historical Faculty of Taras Shevchenko National University of Kyiv, started the First Ukrainian Historical Winter School “Holodomor: To Know in order to Live”.

During December 2–6, 2019, everyone interested can visit the lectures, focused on the study of the Holodomor genocide.

In his lecture “The Holodomor as a Culmination of Russian Strategies of Destruction of Ukrainian Identity from the 18th century”, Viktor Brekhunenko stressed that the Holodomor was not the first Russian attempt to destroy Ukrainian identity. The professor gave a number of historical examples when Russian imperialism harassed the Ukrainian language, representatives of the economic and political elite, tried to assimilate Ukrainians. In the 1930s, the empire’s previous experience of denationalizing the captives was used. The lecturer drew parallels between the mechanism of genocide in 1932–33 against Ukrainians and actions to blur the identity of the nation in the past, such as

Russian Bolsheviks came to the idea of the Holodomor because all previous methods of “russifying” the Ukrainians (tested by the Russian Empire during the 17–19 centuries) through school, the press, the church, the destruction of the intelligentsia did not work. The Ukrainians continued to oppose Russian occupation policy and wished to restore their own statehood, acquired in 1917. The lecturer emphasized that the farmers were destroyed not as a social category, but as the carriers of Ukrainian identity. Famine became the cheapest weapon that solved several problems for the Kremlin at once:

Volodymyr Serhiichuk’s report was called “The Holodomor Victims: To Count Everyone or to Calm Down?”.

Volodymyr Sergiychuk justified the attempt of some historians and demographers to establish the number of 3.9 million Holodomor victims in the sholar use as the final one. He explained why such an approach is wrong and dangerous. In the regional archives of Ukraine, there are a lot of primary documents that have not been processed by historians and have not been put into scientific circulation. Only having studied them, we can speak about the counting of the number of victims of the Holodomor.

The professor spoke about finding alternative baseline data for counting the mortality in 1932–33, such as, for example, per capita consumption rates for industrial goods and products (salt, matches and kerosene). Due to the change in the amounts of these goods that were allocated to the population of the USSR, it is possible to calculate the population as of the beginning of 1933. The professor also published other statistics on current population records for 1932 and 1933, which are also valuable sources for calculating the demographic loss of the Ukrainian population during the genocide.

Analyzing the works of the demographers Stepan Sosnov and Arsen Khomenko, Volodymyr Serhiichuk noted that modern demographers do not take into account either their research or the 1937 census, but use the data of the falsified 1939 census.

Volodymyr Serhiichuk also gave an example of how direct losses in individual age groups can be calculated, for example, by analyzing primary school documents, the number of victims among children can be calculated. The archival documents presented by the researcher testify the increase in the number of orphaned children in the years 1932–33, as their parents died during the Holodomor. The largest demographic losses were among pre-school and young children. The professor made these analyzes and data analysis on the basis of research of sources from archives of different regions of Ukraine (Kyiv, Vinnytsia, Poltava, Kharkiv, Dnipropetrovsk, Zaporizhia, Cherkasy regions) and for the chronological period from 1924 to 1939, which confirms the validity of his conclusions.

Based on these materials, Volodymyr Sergiychuk emphasizes that at least 7 million Ukrainians have been killed during the Holodomor.

Both lectures were followed by a constructive discussion and dialogues of participants and lecturers.

During the week, professors of leading universities and research centers of Ukraine, well-known historians, jurists, ethnologists, psychologists, physicians, along with listeners, will explore the topic of the Holodomor-genocide. Everyone can participate — both students and professional scholars.