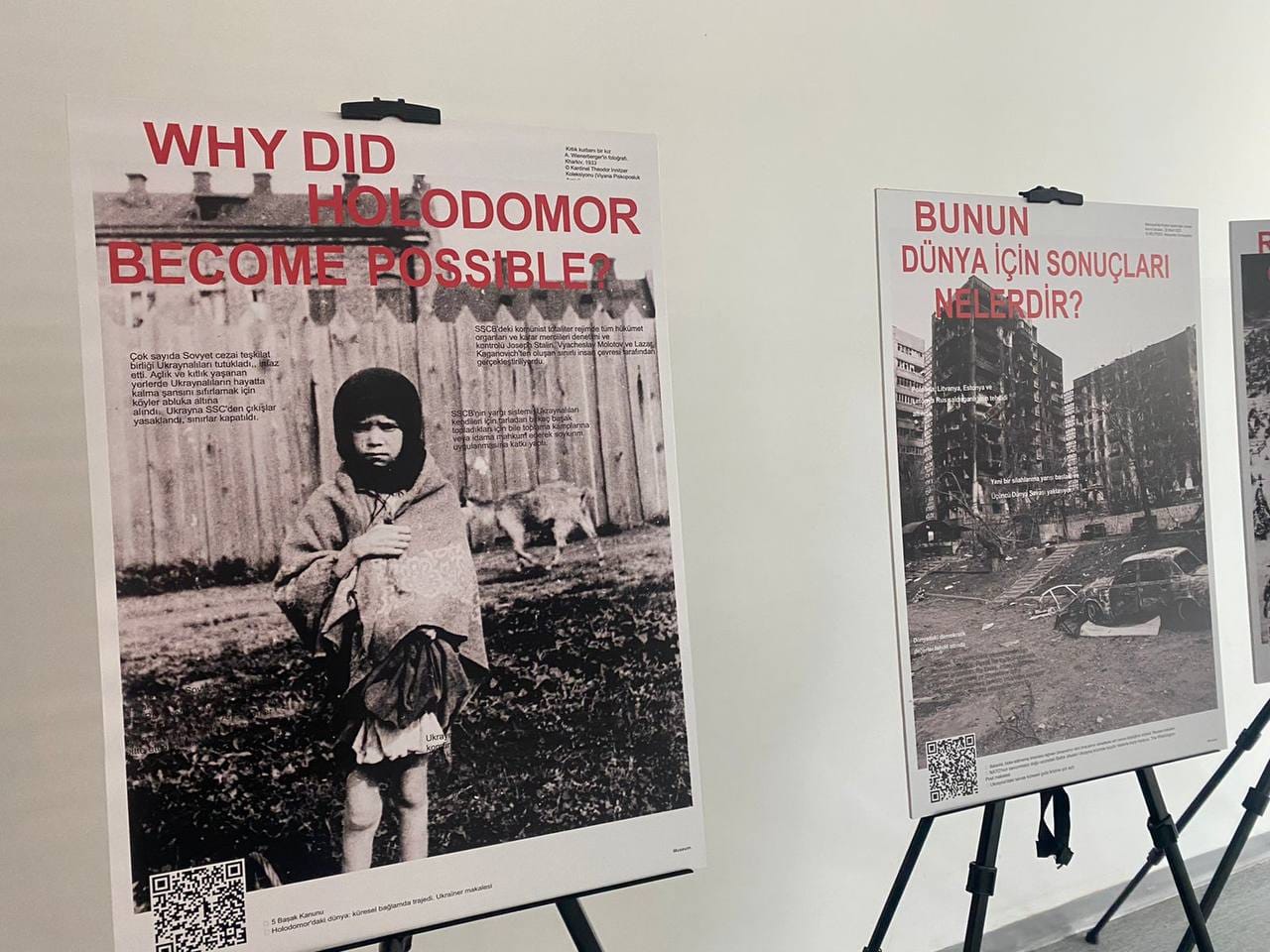 Historian Dmytro Bily participated in a scientific conference in Turkey

On the eve of commemorating the 90th anniversary of the Holodomor genocide of the Ukrainian people, Bashkent University (Ankara) held a conference on the crimes of the Kremlin in 1932-1933 with the participation of historians from Ukraine. The National Museum of the Holodomor-Genocide was represented at this scientific meeting by Dmytro Bily, doctor of historical sciences, professor, and head of the historical research department of the Holodomor Research Institute.

As part of the conference, a thematic exhibition opened, which tells about the events of the Holodomor and compares them with today’s horrors that the Russian Federation brought to Ukrainian land.

“Each year, more and more people in Turkey learn about this tragedy of the last century. A number of publications are published, stories appear on television, and scientific, and student circles are increasingly interested in this issue, – Ambassador of Ukraine to Turkey Vasyl Bodnar wrote on his Facebook page. — Ukraine, which once suffered from the Holodomor, is now helping the world in cooperation with Turkey and the UN. More than 400 million people depend on supplies of agricultural products from Ukraine.

Our task today is not just to expel the occupiers from our land but also to deprive them of the opportunity to continue doing evil on a global scale. The key here is to bring the Russian Federation to legal responsibility for crimes in Ukraine, as well as in other states.”

Vasyl Bodnar added that this year commemorative events will be held on the territory of Turkey on November 26 as part of the all-Ukrainian campaign to honor the memory of the Holodomor victims.