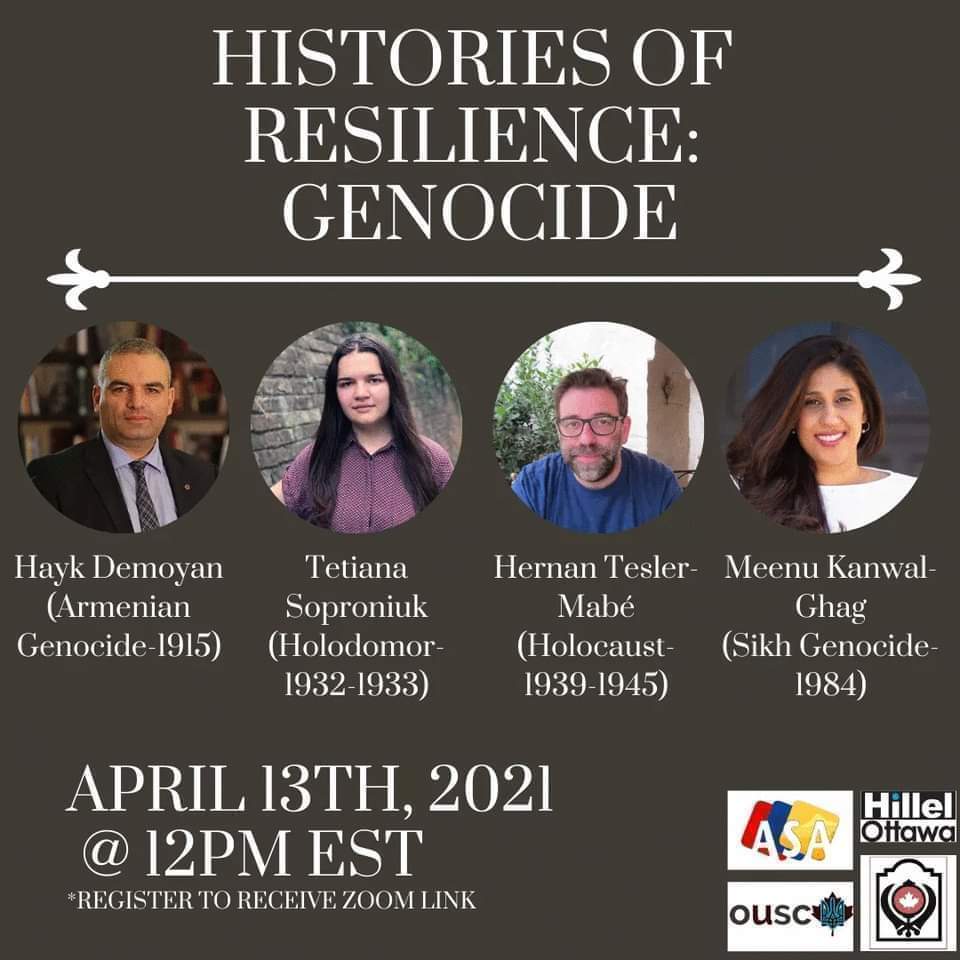 An online seminar Histories of Resilience: Genocide took place on  April 19. It was organized by Ottawa student clubs, one of which was the University of Ottawa Ukrainian Students’ Club — OUSC.

Representative of the National Museum of the Holodomor Genocide, Tetiana Soproniuk, told about the surmounting of the Holodomor and the traditions of the commemoration of its victims in Ukraine, as well as the recognition of this crime as the genocide.

It will be recalled that April in Canada is the genocides awareness month.