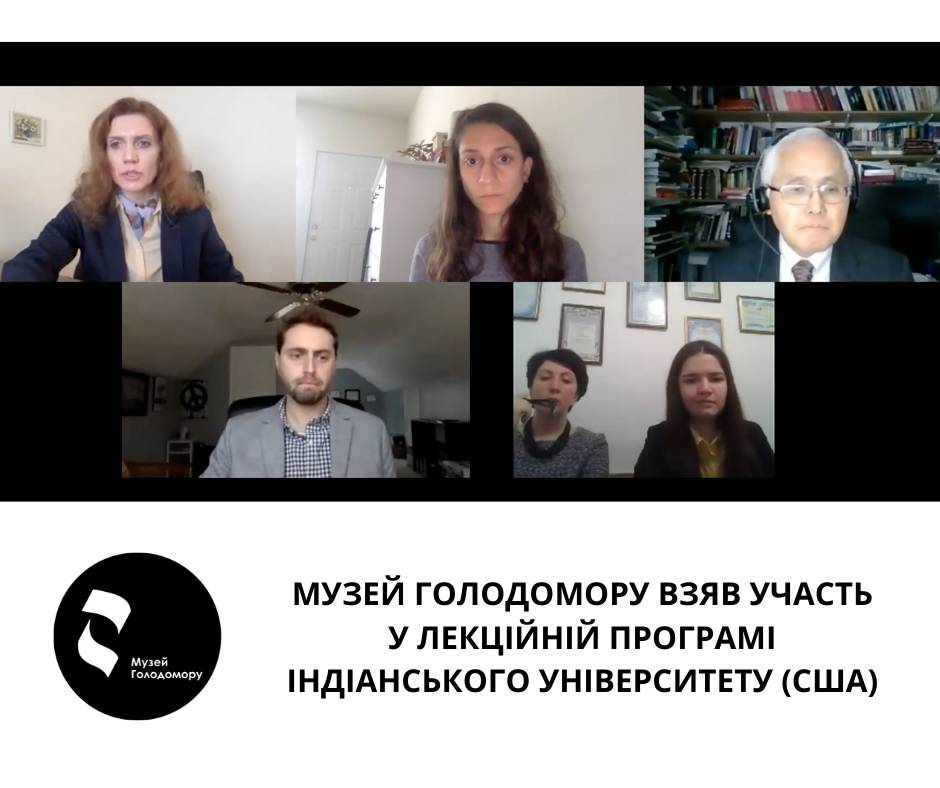 On November 27, the Holodomor Museum took part in a lecture held by Ukrainian Studies Organization at Indiana University.

Hiroaki Kuromiya, professor at Indiana University, spoke about the Holodomor in international context—how its events are connected with the situation in Far East.

Director of the Holodomor Research Institute Svitlana Markova and employee of the museum Tetiana Soproniuk described new museum projects in the sphere of digital history, which were created to let as many foreigners as possible know about the gencoide of Ukrainians. They also spoke about new research of the Holodomor topic and commemorative practices popular in Ukraine.

The discussion was moderated by John Vsetecka, Fullbrignt program fellow.