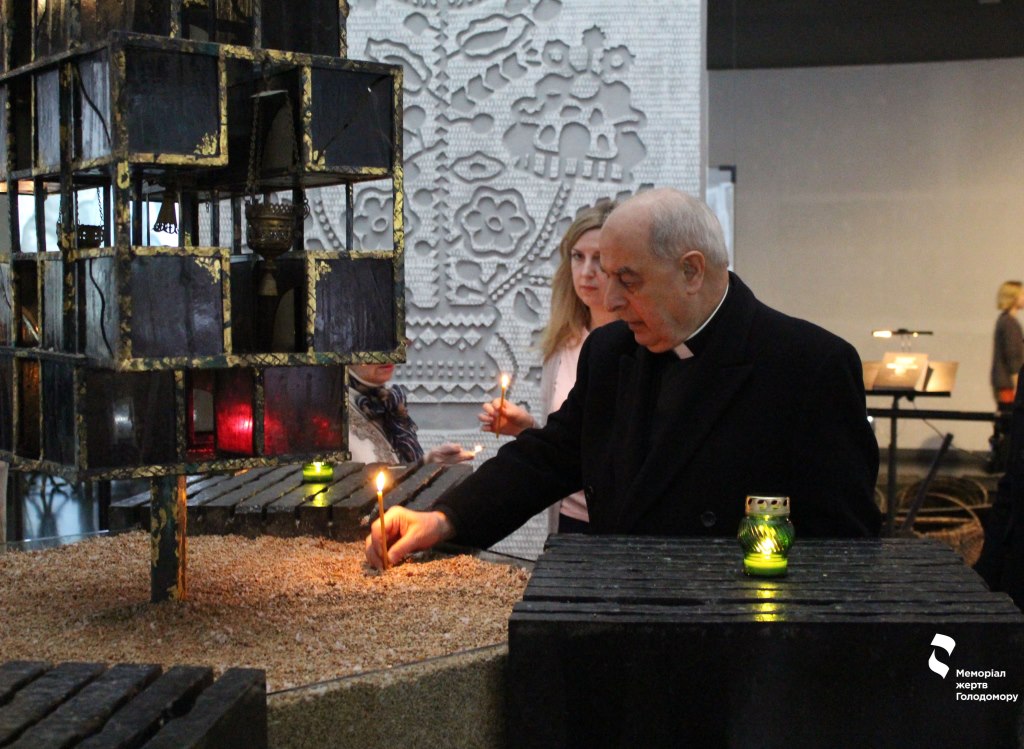 The Archbishop was struck by the history of Holodomor-Genocide. The bishop was acquainted with the memorial and the Hall of Memory, listened to the excursion about the Holodomor history and lit a candle in memory of millions of innocently killed Ukrainians – victims of the 1932-1933 genocide.

“With a great emotional awe, we visited this Memorial … shocked by the actions of the Soviet regime, which killed Ukrainians through the Stalin whimsy… These people could be saved, but it was not done. May God save their souls and give many years to the Ukrainian people “- said the Bishop.

Recall, that the Holodomor Victims’ Memorial participated in an international conference in Lebanon.