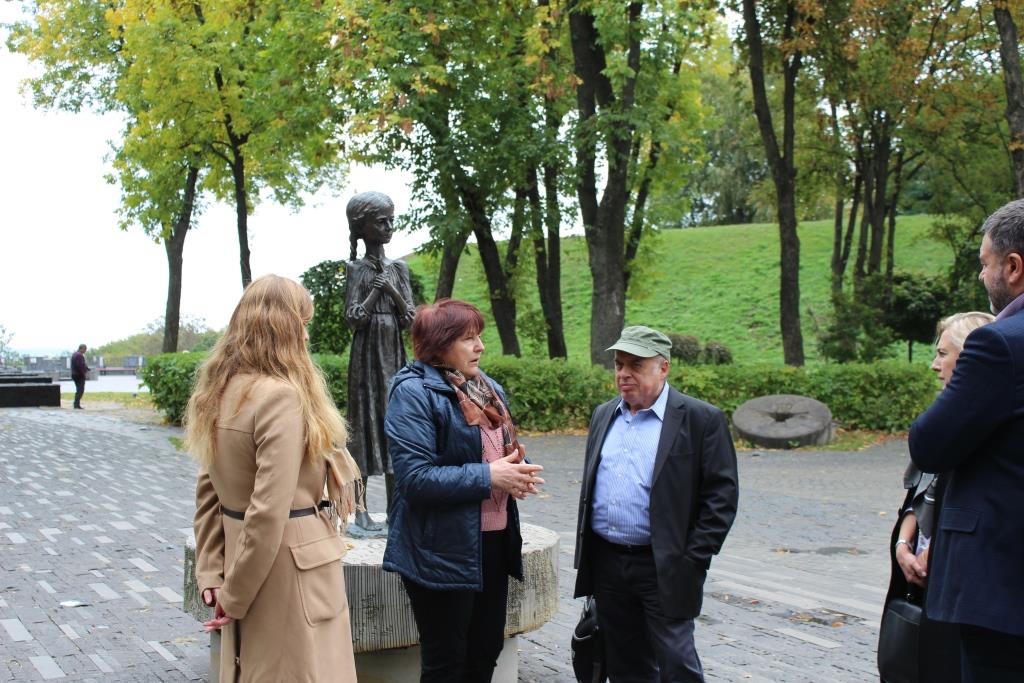 On September 19, 2018, the National Museum of the Holodomor Victims Memorial was visited by well-known political figure of the State of Israel, human rights activist and writer Nathan Sharansky.

The guest got acquainted with the exposition of the Hall of Memory, looked through the documents that reveal the mechanism for the Holodomor-Genocide implementation.

Nathan Scharansky was born in Donetsk in 1948. In the 1970s and 80s he participated in the dissident movement in the USSR, later he become one of the members of the Moscow Helsinki Group. March 15, 1977, he was arrested on charges of “betrayal of the Motherland and anti-Soviet agitation” and was sentenced to 13 years.

In 1986, Nathan Sharansky, on an agreement between the USSR and the United States, was on the list for exchange and moved to the State of Israel, where he is engaged in political activities.

To recall, the Chairman of The Verkhovna Rada of Ukraine called on the Israeli Parliament to recognize the Holodomor as a genocide of the Ukrainian nation.