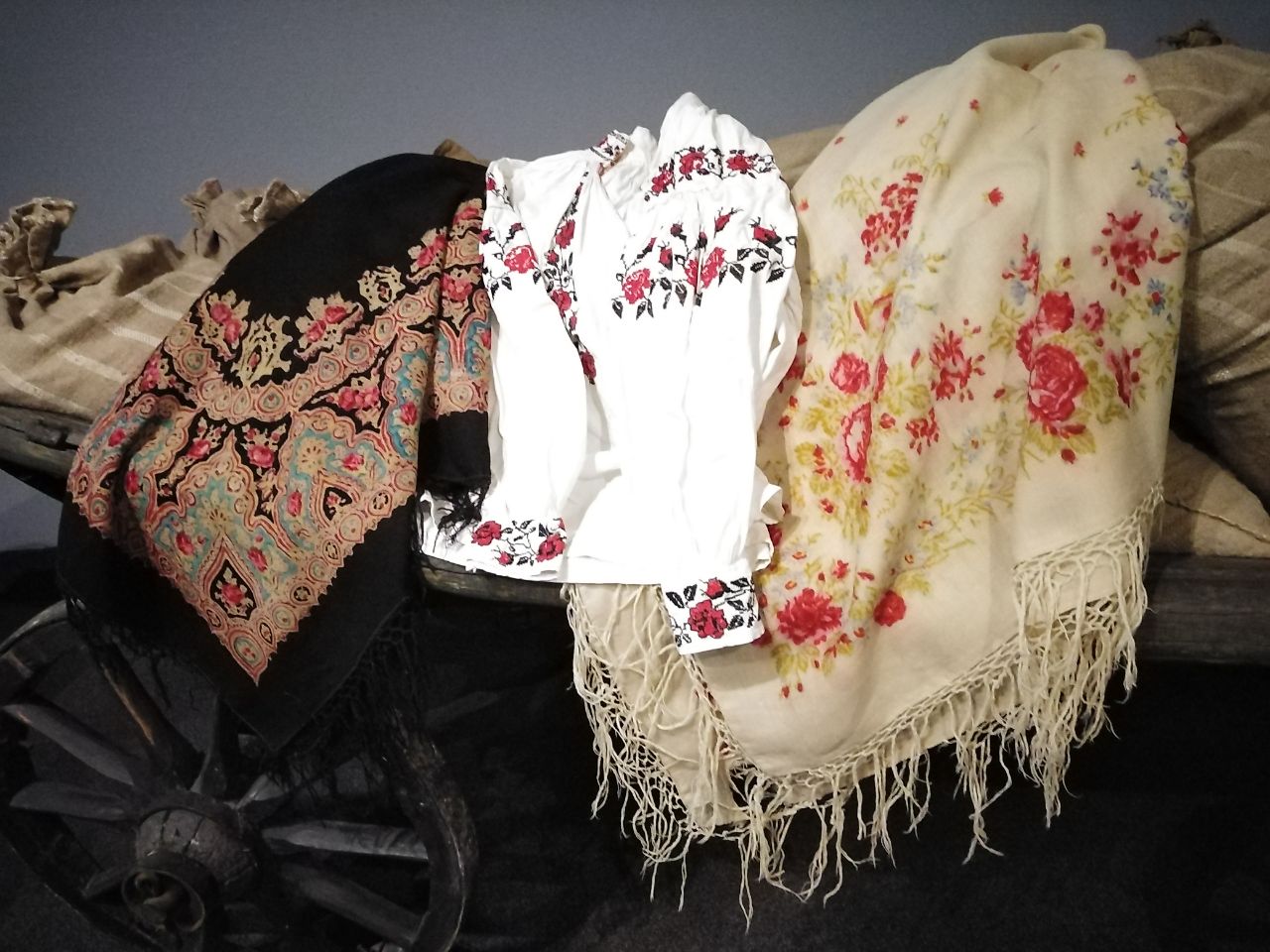 Lidia Balitska, a Kyiv resident and a teacher of Ukrainian language and literature, donated two old handkerchiefs and a shirt she had embroidered herself to the Holodomor Museum. “These thorn handkerchiefs are very valuable to my family because they have an interesting history,” Lidia Hryhorivna said. “They are a gratitude for saving a man during the wartime, who later, in the famine of 1947, also saved our family.”

Ms Lidia was born and grew up in the village of Sandraky (now Shyroka Hreblia), Khmilnytskyi district, Vinnytsia region. She was the youngest child in Lukia Hrynchuk’s large family. “In the hungry 1930s, five children died in our family,” the woman says. – Twins Elenina (she was called Olenka or Yalynka) and Yavdoshka died very young – they were not even a month in 1932. They are both recorded in the National Memorial of Holodomor Victims, which you can browse in your museum. And the brothers Mykolka, Iliushka and Serhiiko died as soon as they were born; they did not even have time to be baptized and recorded, so they were not registered anywhere. Another sister, Maria, died in the war. Nadia, was born in 1933, Zhenia, was born in 1936, and Vania survived. I, the youngest, was born in 1950 from another man — the father of my brothers and sisters, Maksym Hrynchuk, died in the war.”

The history of the handkerchiefs brought to our museum by Ms Lidia also dates back to the Second World War. “In the summer of 1941, the Soviet army was retreating through our village, followed by a stream of refugees,” the woman says. – One day, Nadia and Zhenia were playing near the gate and found an exhausted man in the thickets of elderberry trees – he was moaning and asking for water. The girls brought some water for him to drink, and later they hid the man in the house’s attic. After some time, the Germans entered the village. When the man recovered, the mother, at the first opportunity, asked the local boys to take the man out of the village because hiding a Jew at home was dangerous for the whole family. For this and their silence, mother gave them a piglet.

After some time, the rescued man appeared again at the doorstep of the Hrynchuks’ house. “He brought some flour, grains, and money for my mother. For Vania – a blouse and a cap, and for the girls, Nadia and Zhenia – thorn handkerchiefs. So he said: “For saving me!” He didn’t come anymore, but my mother occasionally went to Trybukhy and brought packets from there. I remember she said: “In 1947, we would have died if there had not been those packets from “man.” And my mother took great care of these handkerchiefs all the time…”

“I embroidered this shirt myself for my 17th birthday. It is not as old as handkerchiefs, but it was made according to all the canons that were followed then. But the handkerchiefs, I assume, are 90 years old because the saved Jew had already given them to the girls when they were not new,” the woman adds.

Ms Lidia’s sisters have long passed away. However, there is a story of a miraculous rescue and human gratitude, which is preserved by the handkerchiefs that were once given to them. The woman says that she is now calm about the fate of these things because they will be kept in a museum. And with them – a story of their family.

We are sincerely grateful to Lidia Balitska for the family heirlooms. At the same time, we appeal to all Ukrainians: if you have preserved photos, documents or any other things related to the Holodomor-genocide period, please write to us at the e-mail of the museum [email protected], in private messages on our Facebook page or call +38 044 254 45 12. Each such thing is priceless and should be preserved.