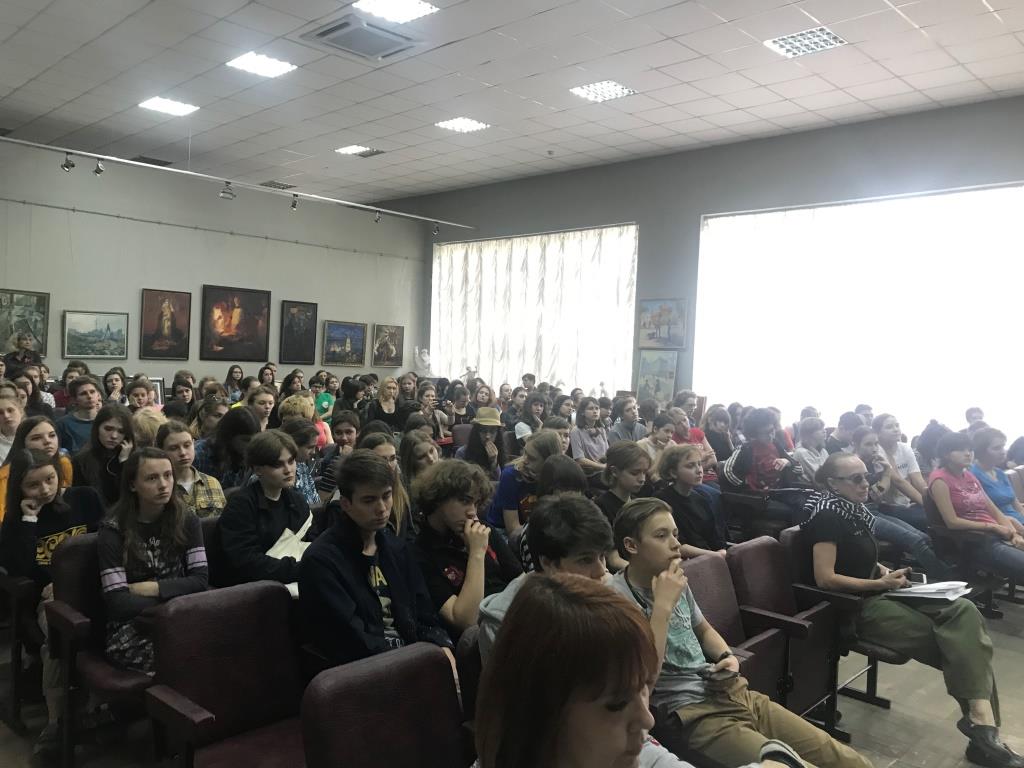 Meeting with the Students of the Taras Shevchenko State Art School

On May 21, the Deputy Chief of the excursion and education department Yana Horodniak and the designer of the exhibition department Tetiana Zhuravska held a meeting with pupils and teachers of the Taras Shevchenko State Art School.

Tetiana Zhuravska spoke about the Children’s Art Contest “MEMORY OF THE FUTURE,” announced by the National Museum “Holodomor Victims Memorial” to the 86th anniversary of the Holodomor of 1932–1933 in Ukraine. Its mission is to spread the knowledge about the tragic pages of our history, prevent the repetition of the crime of genocide, promote self-identification, protect human rights, combat discrimination and human rights violations.

For participation in the Contest, it is necessary to submit an electronic application by July 1, 2019, by filling out the Registration Form or by sending an e-mail to [email protected] in accordance with the conditions specified in the Contest Regulations.

Yana Horodniak spoke on the history of the Holodomor, its effects, and human and civil rights violations. Also, the students watched the educational film “Covering the Holodomor. Memory Eternal.” The film explores the role of the media in breaking the silence surrounding cases of human rights violations, one of which was the genocide of Ukrainians, the Holodomor. The storyline focuses on the international press, which publishes information on the Holodomor. The central point is the struggle in mass media: Walter Duranty (who was Stalin’s policy sympathizer and denied the massacre of Ukrainians in the 1930s) and journalists Gareth Jones and Malcolm Muggeridge, who tried to convey the truth. Moreover, the important questions are raised: what is the role and functions of media in shaping public opinion about human rights violations? What can we do as citizens, as people, as society, as nation to ensure that genocides, like the Holodomor, never happen again?