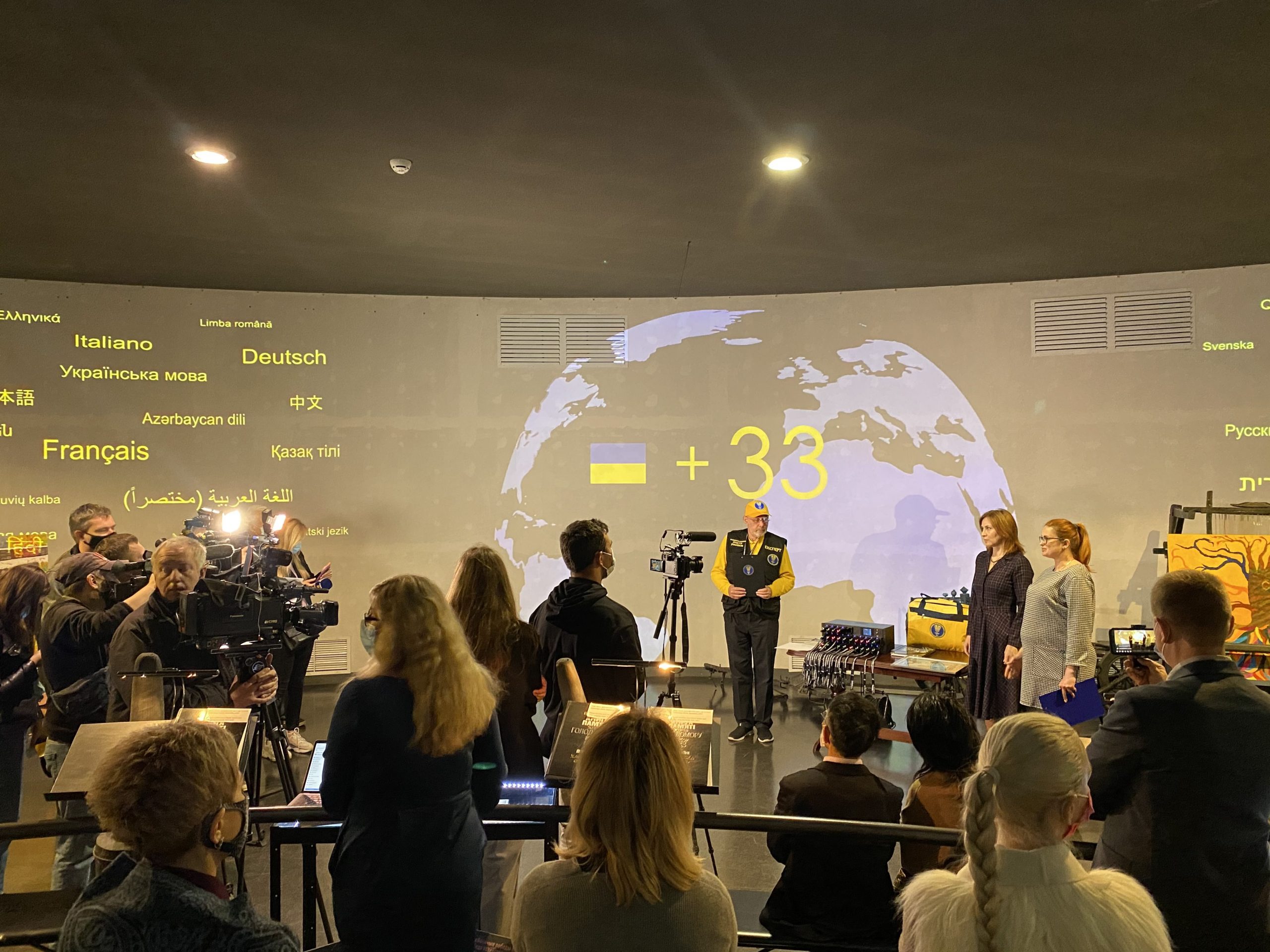 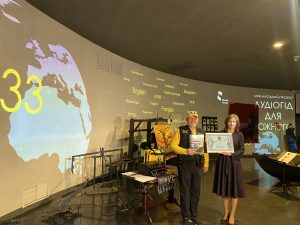 The Holodomor Museum set a Ukrainian record by presenting an audio guide in 34 languages, which is perhaps the largest variation of languages ​​among all museums in the world. More than 20 organizations and about 135 people worked on the audio guides. For 1.5 years, 170 hours of audio were recorded. Volunteers, teachers, students of Kyiv universities, members of public organizations, employees of embassies and consulates translated, corrected, supplemented and read the text of the sightseeing tour and signatures to the exhibits.

In July 2019, the National Museum of the Holodomor Genocide launched the Audio Guide for Everyone International Project. The project provided for the translation of the text of the tour into 33 languages ​​in order to place information on audio guides. In November 2020, the Museum presented an audio guide, and since then visitors from all over the world can take advantage of the available option. 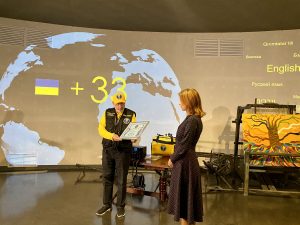 Olesia Stasiuk, Director General of the Holodomor Museum, said, “It is important for us, the team of the National Museum of the Holodomor Genocide, that the whole world knows about the Holodomor. That is why we have undertaken such an important mission as the creation of the international project ‘Audio Guide for Everyone’. A large international project allows every foreigner to learn about the crime of genocide of Ukrainians in their native language. We believe that the audio guide in 33 languages ​​will allow the world community to understand the importance of disseminating information about the crimes of the past, so that they never happens again, and will promote the recognition of the Holodomor as an act of genocide in the world.”

Larysa Artemenko, project curator, said, “We truly thank all the people who responded and helped to implement the project. I would like to express special gratitude to those who came to Kyiv only to read the text of the tour in the recording studio—Stefan Lushpak from Romania, Asaf Bartov from Israel, Li Xiaoju and Sun Gehuan from China, Raivis Kapilinskis from Latvia. And I also want to note the dedicated work of the sound director, who during the year recorded all audio tours—Olena Yefimchuk. It often happened that the reading of the text of the tour by one speaker lasted more than one day, and sometimes we had to work until 23:00 because the speaker had to leave Ukraine.

You can watch promo and video appeals by following the link.

The following people also worked on the project:

Some students of Taras Shevchenko National University of Kyiv joined the translations on a volunteer basis:

The Holodomor Museum is the only museum in the world that tells about the genocide of Ukrainians. We teach to resist hatred and human rights violations, warn society against the crime of genocide by accumulating and disseminating knowledge about the Holodomor.

“National Register of Records” is a project in the field of registration and promotion of Ukrainian and world achievements in Ukraine. Founded on October 10, 1989.