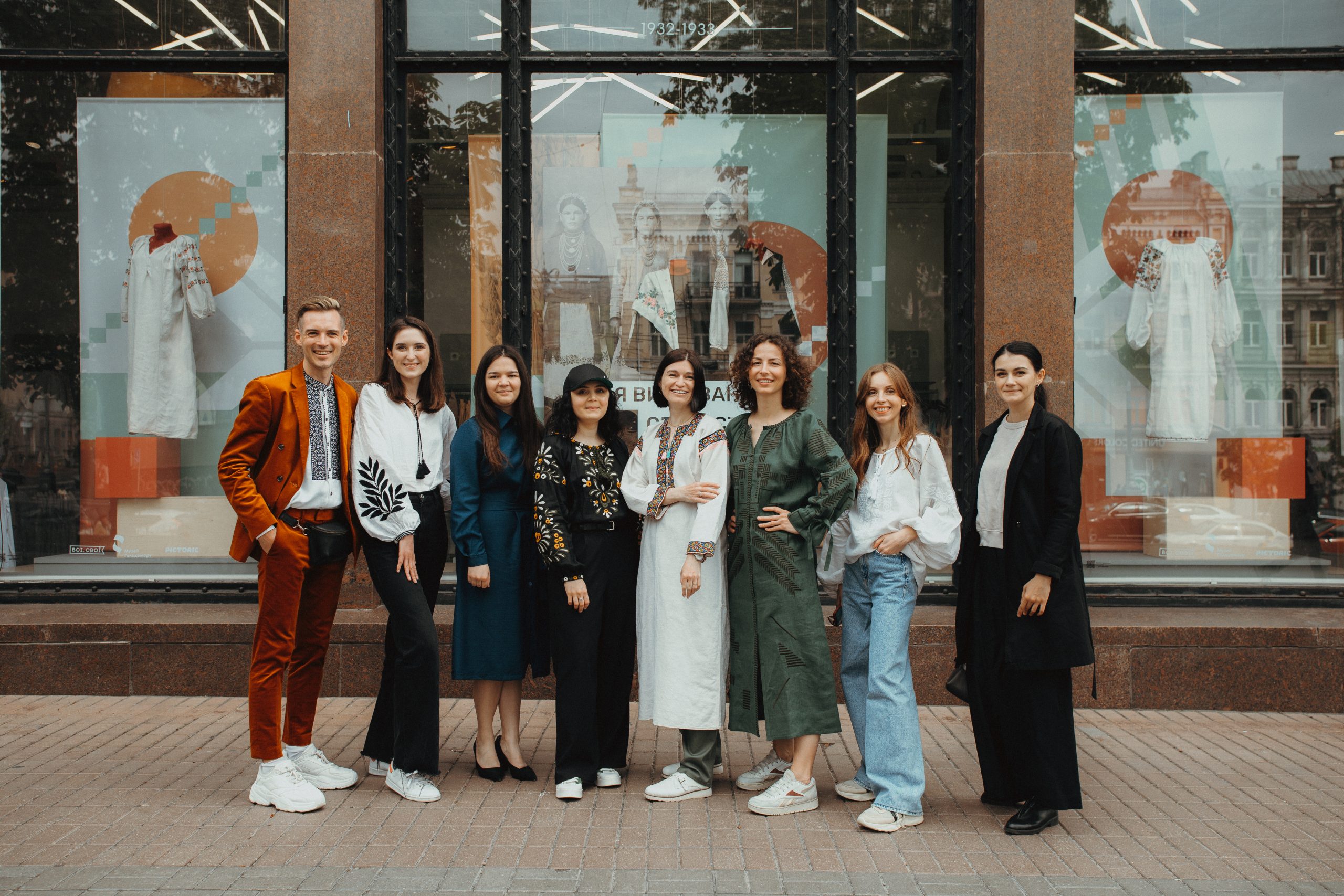 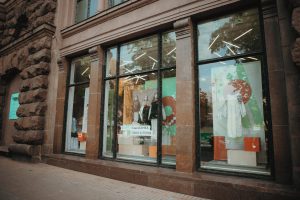 “My Vyshyvanka. My History” is a joint project of the National Museum of the Holodomor Genocide, the largest platform of Ukrainian brands Vsi.Svoi and club of Ukrainian illustrators Pictoric.

To the Museum Day and the Embroidery Day, the shop windows show the real clothes of our ancestors, which in 1932–1933 actually helped them survive. For example, they exchanged embroidered clothes for a glass of flour or a handful of beans or, on the contrary, kept them it in spite of everything and passed them on to the next generation as a memory.

The slogan of the project is “Remember. Wear. Preserve.”

Vyshivanka (embroidered blouse or shirt) is not just traditional Ukrainian clothes. It is a cultural code, a message and a source of information about a nation that has gone through a lot over its history. The main goal of the project is to remind about the importance of the history of the Holodomor genocide, which aimed not only to destroy people, but also to suppress and mutilate Ukrainian culture, language and traditions. The organizers also wanted to explore the phenomenon of embroidery in the past and present.

“During the history of our shop windows on Khreshchatyk, we have made social, political and cultural collaborations. For the first time in our shop windows, there is a part of the museum, which was visually enhanced by a team of Pictoric illustrators. Together with the Holodomor Museum we tell about the past and present of the embroidered shirt. Do not wear old things, do not throw them away and do not cut them—hand them over to the museums, and choose a modern embroidered shirt from a local brand that will start your personal story,” the founder of the project Vsi.Svoi Anna Lukovkina said.

Within the project, the windows are divided into two parts. One of them showcases authentic Ukrainian clothing from private collections, and the other shows modern models from Ukrainian brands. Illustrations with Ukrainian traditional ornaments from Pictoric became the background for the clothes. 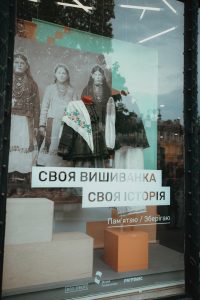 “The concept of the project encourages Ukrainians to research the history of their families, visit the Museum and donate the exhibits that we really need. And also to buy embroidered shirts, to revive popularity of traditional clothes. The museum team believes that the crimes of the past should be talked about in such a way that no one will ever allow them to happen again. At the same time, we want the genocide of the Ukrainian nation to be talked about not only in November, on Remembrance Day, because, realizing ‘yesterday,’ we can ensure a peaceful and calm ‘tomorrow,’” Olesia Stasiuk, director general of the Holodomor Museum, said.

By comparing museum exhibits and modern clothing, we demonstrate the value and scope of Ukrainian traditions. At the same time, the project also encourages the current generation to take care of their embroidered shirts, which will also become part of family history in a hundred years.

“One of Pictoric’s activities is the development of Ukrainian culture. That is why we were glad to join the collaboration with the Holodomor Museum and Vsi.Svoi. In the shop windows you can see the dynamics of embroidery, which is increased hundreds of times. This scale gives us to understand that embroidery on clothes does not lose its relevance to this day. This is a certain code, a symbol of nationality, which we carry and which we are proud of,”  Pictoric co-curator Olena Staranchuk says. “Thanks to this, a passerby will be able to feel that each of us is creating his own story.” 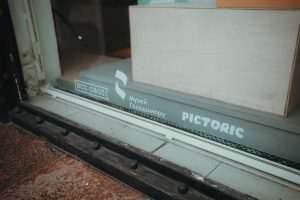 You can see shop windows, learn more about the project and buy modern embroidered shirts at 27 Khreschatyk Street. The exhibition will be available until May 30. Also, especially for the Day of Embroidery, which is celebrated this year on May 20, in all stores Vsi.Svoi, as well as on vsisvoi.ua, there will be a 20% discount on ethnic brands when paying with a Visa card until May 21.