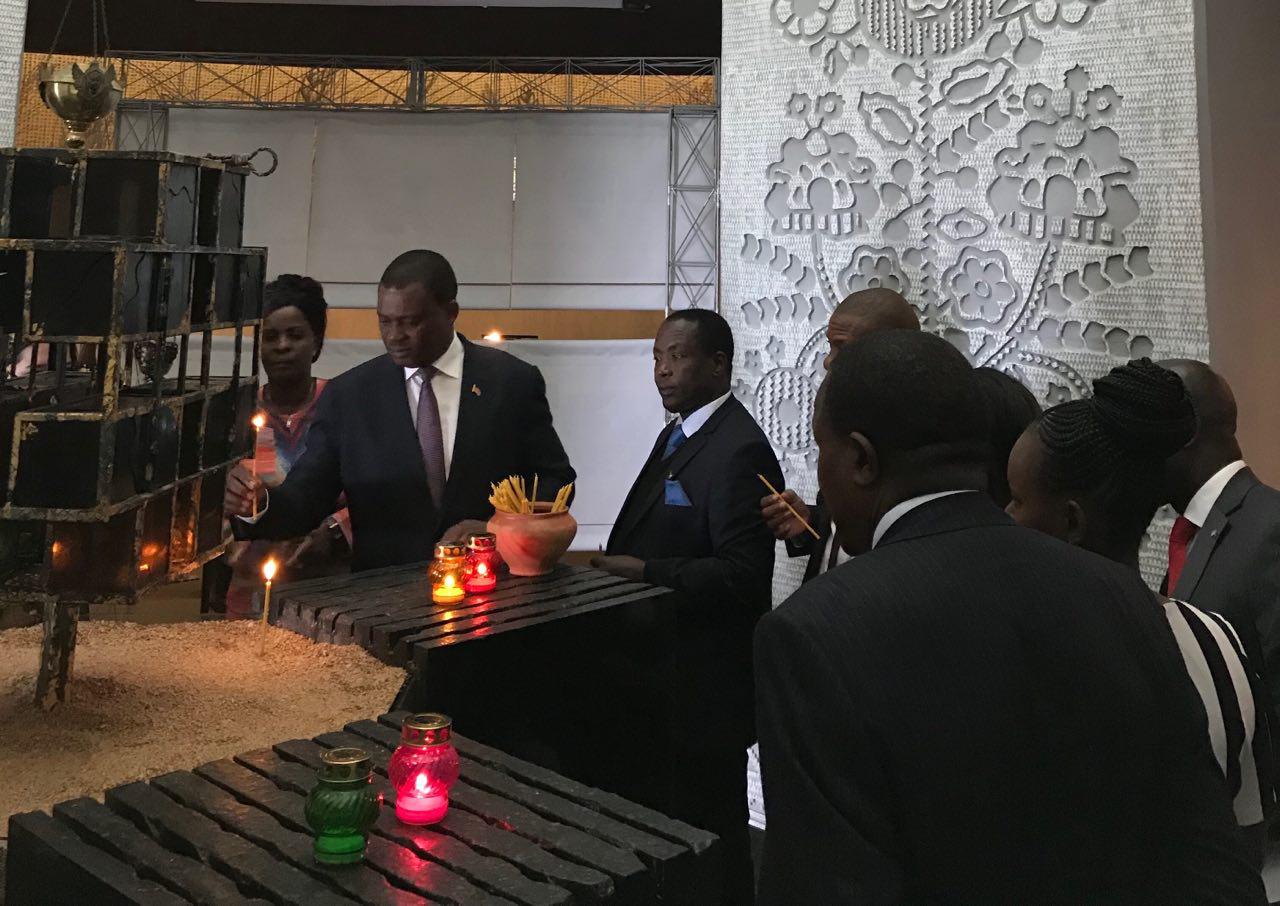 Today, on May 13, our museum was officially visited by Justin Muturi, the President of the National Assembly of the Republic of Kenya, and the delegation of higher officials.

The guests held a ceremony of commemorating the victims of the genocide by laying flowers to the sculpture “Bitter Memory of Childhood”, listened to the story of the Holodomor, talked with Olesia Stasiuk, Director General of the museum, and received a set of educational literature.

Finally, Mr. Muturi left a notr in which he expressed his condolences to the Ukrainian people.

We remind that the Republic of Kenya has not recognize the Holodomor as genocide yet.