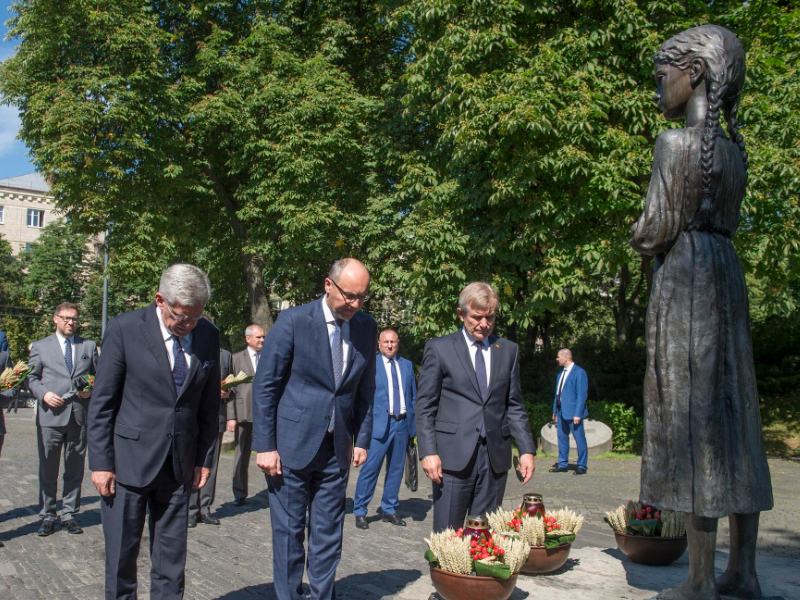 Parliamentarians from Ukraine, Poland and Lithuania commemorated the victims of the Holodomor-Genocide

On June 8, 2019, the Chairman of the Verkhovna Rada of Ukraine Andrii Parubii with the Chairman of the Sejm of Lithuania Viktoras Pranckietis and Polish Marshal of the Senate Stanislav Karchevsky visited the National Museum “Holodomor Victims Memorial” and commemorated the 7 million innocent Ukrainians who became victims of the Soviet genocide.

Politicians visited Ukraine to participate in the 10th Interparliamentary Assembly.

Let’s remind that Lithuania and Poland recognized the Holodomor as genocide at the state level in 2005 and 2006, respectively.