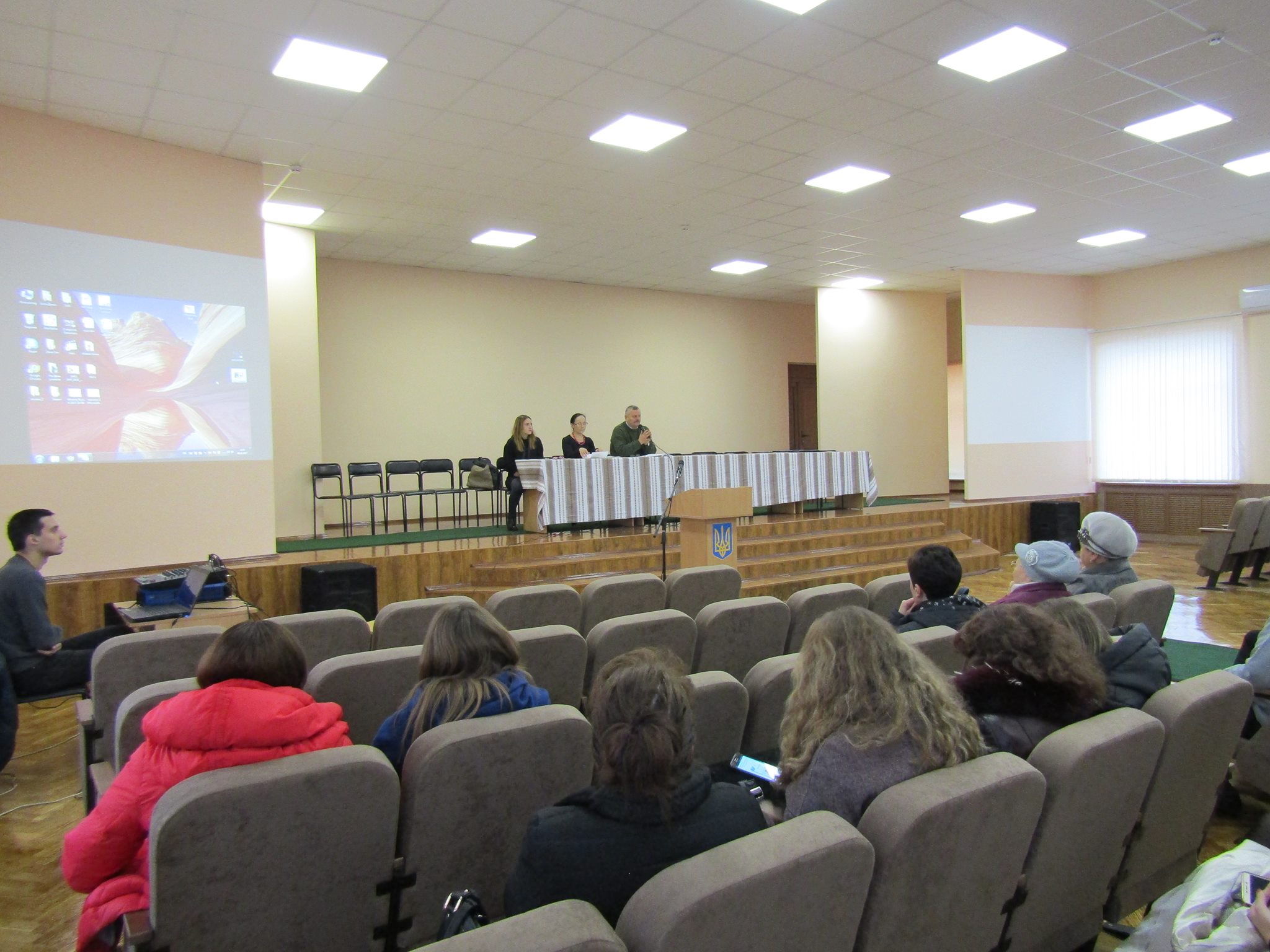 On November 8, 2017, the National Museum “Holodomor Victims Memorial” organized the last presentation of the educational movie “Covering the Holodomor: Memory Eternal”. The event took place in Vinnitsa in the building of the Vinnytsia Academy of Continuing Education. Also, Vinnytsia Regional Local Lore Museum was involved in the organization of the presentation.

The event began with a moment of silence in memory of 7 million Ukrainians – victims of genocide in 1932-1933. The teachers of the schools from Vinnytsia region watched the film, which was created by the Canadian Museum for Human Rights in cooperation with the Holodomor Victims Memorial. After discussion, the participants received a CD with a movie as a present for further usage in history lessons. The film is designed for schoolchildren and is recommended for use in teaching while studying the history of the Holodomor.

We remind that this year, on the basis of the agreement on cooperation between the Canadian Museum for Human Rights, the National Museum “Holodomor Victims Memorial” has been conducting a distribution project of the educational film ” Covering the Holodomor: Memory Eternal”. The presentations of the film took place in Lviv, Kharkiv, Poltava, Odesa, Mykolayiv, Dnipro, Zaporizhia, Kramatorsk, Siverodonetsk, Chernihiv and Vinnytsia. Nowadays more than 800 educational and cultural institutions of Ukraine have visual materials for teaching the topic of the Holodomor to utilize the learning process.

Schools in the Kyiv city and the surrounding areas are invited to watch the movie at the National Museum “Holodomor Victims Memorial”. Also, the museum offers students an interactive lesson on media coverage of crimes. Please register for the lesson “How to Identify Fake and Truth in the Media” in advance: (044) 254-45-11.