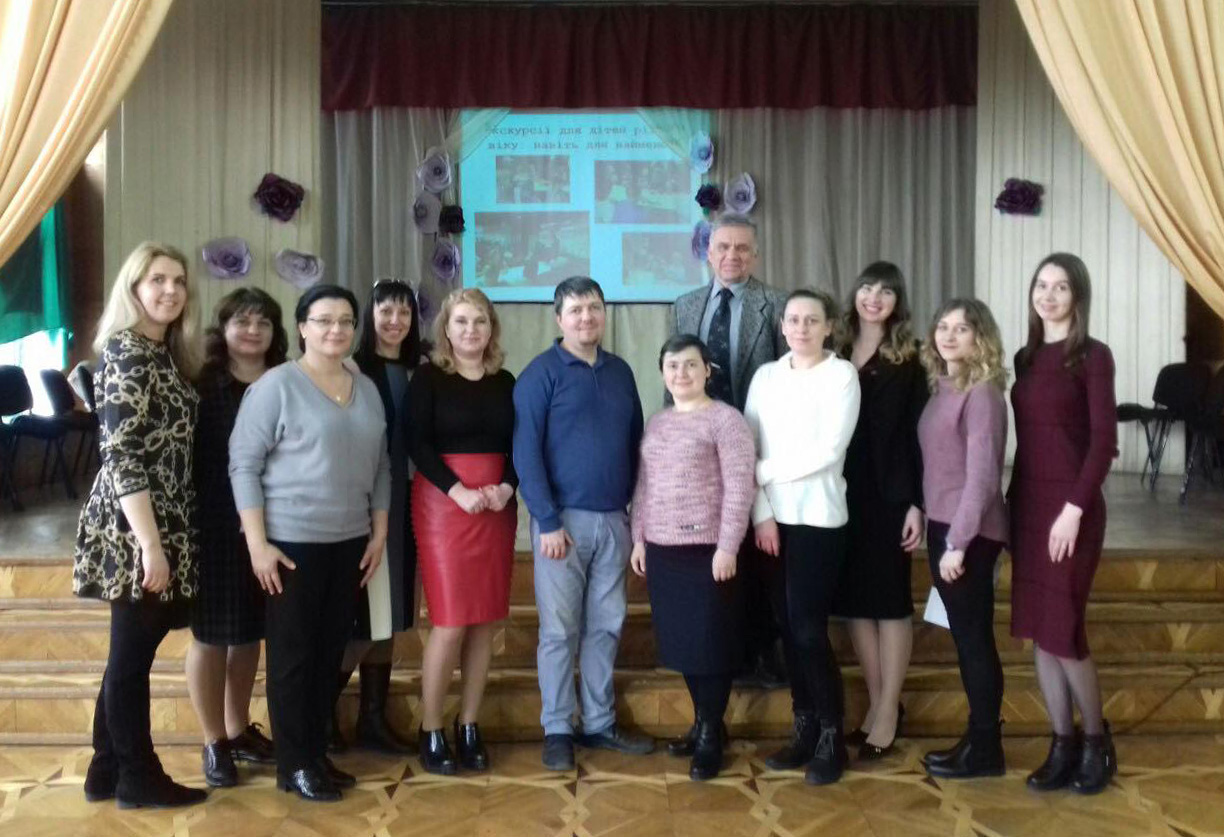 On March 14, 2018, deputy head of the excursion-educational department, Yana Horodniak, and the first-class tour guide, Olga Vygodovannets, met with the teachers of Shevchenkivskyi district of Kyiv.

The event, which took place at the School №1 of Kyiv, was attended by history teachers working in institutions of secondary education. Also, public activists were present at the event for which the patriotic upbringing of youth is a priority activity.

Yana Horodniak presented the educational projects that the museum offers. Also, employees of the Memorial shared practical experience in working with children of different age groups. Olga Vyhodovacnets spoke about the peculiarities of holding workshops for junior high school students. For this age, the Memorial has developed a master class for making candles. According to the plan, a candle made in a master class, schoolchildren should light with their family in the window at 16:00 on Holodomor Remembrance Day, which Ukraine honors on the fourth Saturday of November. This custom is an element of the All-Ukrainian Action “Candle in the Window”, introduced in the early 2000s by an American researcher of the Ukrainian Genocide – James Mace. The goal of the event is to honor more than 7 million Ukrainians, according to which at one time, in spite of the Christian tradition, nobody  lit a candle to remember and also – to unite Ukrainians of the whole world in a common memory, so that knowledge would not allow to repeat such a crime in future.

Also, all presenters received a brochure created on the basis of the exhibition materials “We were killed because we are Ukrainians”. The publication presents the most important information on Holodomor-Genocide in a widely available presentation.

Recall, that in November last year the Memorial and the Ministry of Education held a seminar for teachers on the forms and means of studying Holodomor in educational institutions.