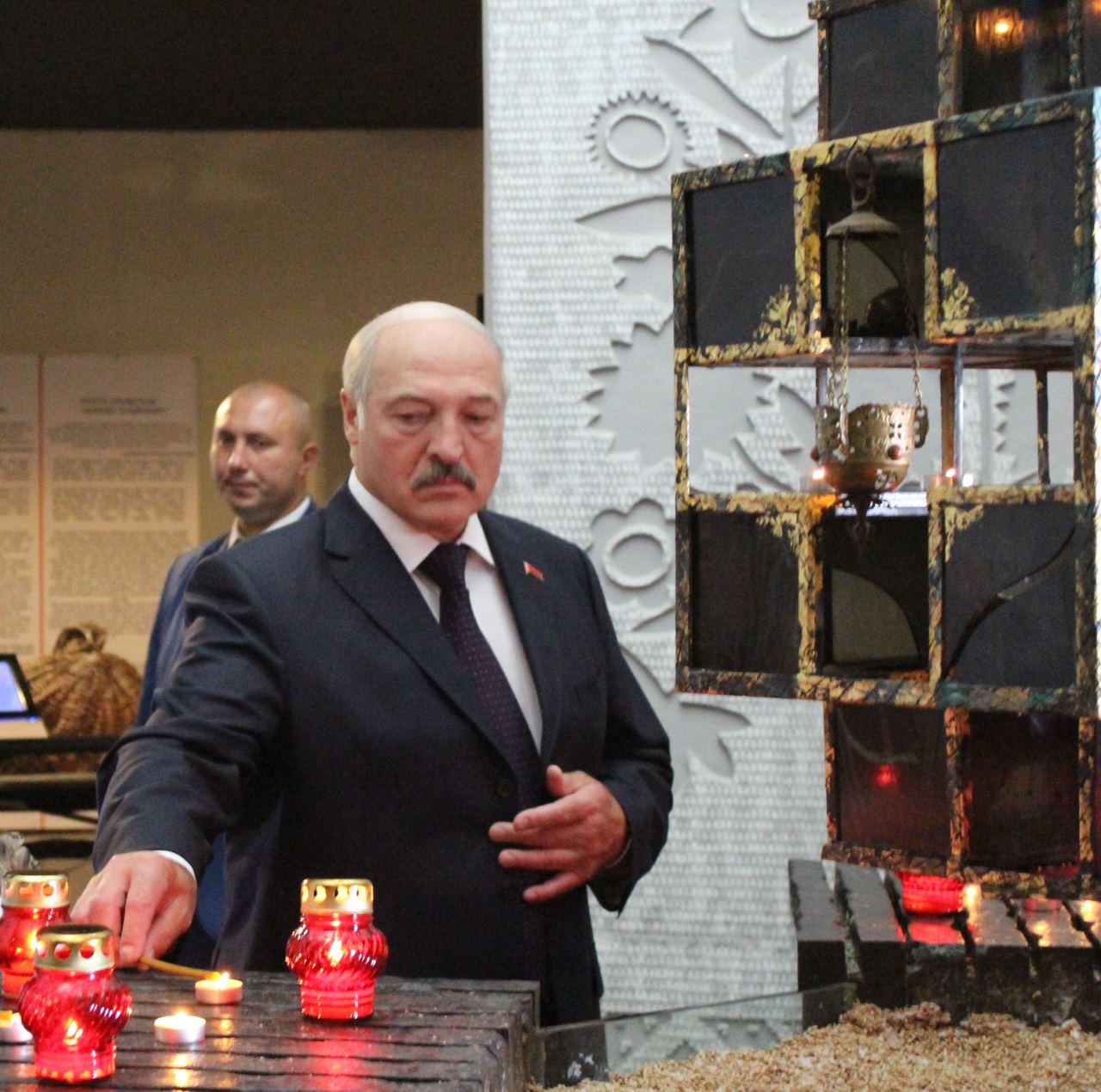 On July 21, 2017, within the framework of the official visit to Ukraine, the President of the Republic of Belarus Alexander Lukashenko visited the National Museum “Holodomor Victims Memorial”.

The guest honoured the memory of 7 million Ukrainians, victims of the genocide in 1932-33, by putting a pot with grain and flowers to the sculpture “The Bitter Memory of Childhood” and lighting a candle at the Altar of memory.

Alexander Lukashenko heard a narrative of the memorial complex, ringed the Bell of Memory, commemorating killed with hunger millions of Ukrainians, and wished the museum staff a successful work in preserving memory and history.

We remind that the Republic of Belarus has not recognized the Holodomor as genocide of Ukrainians at the state level yet.