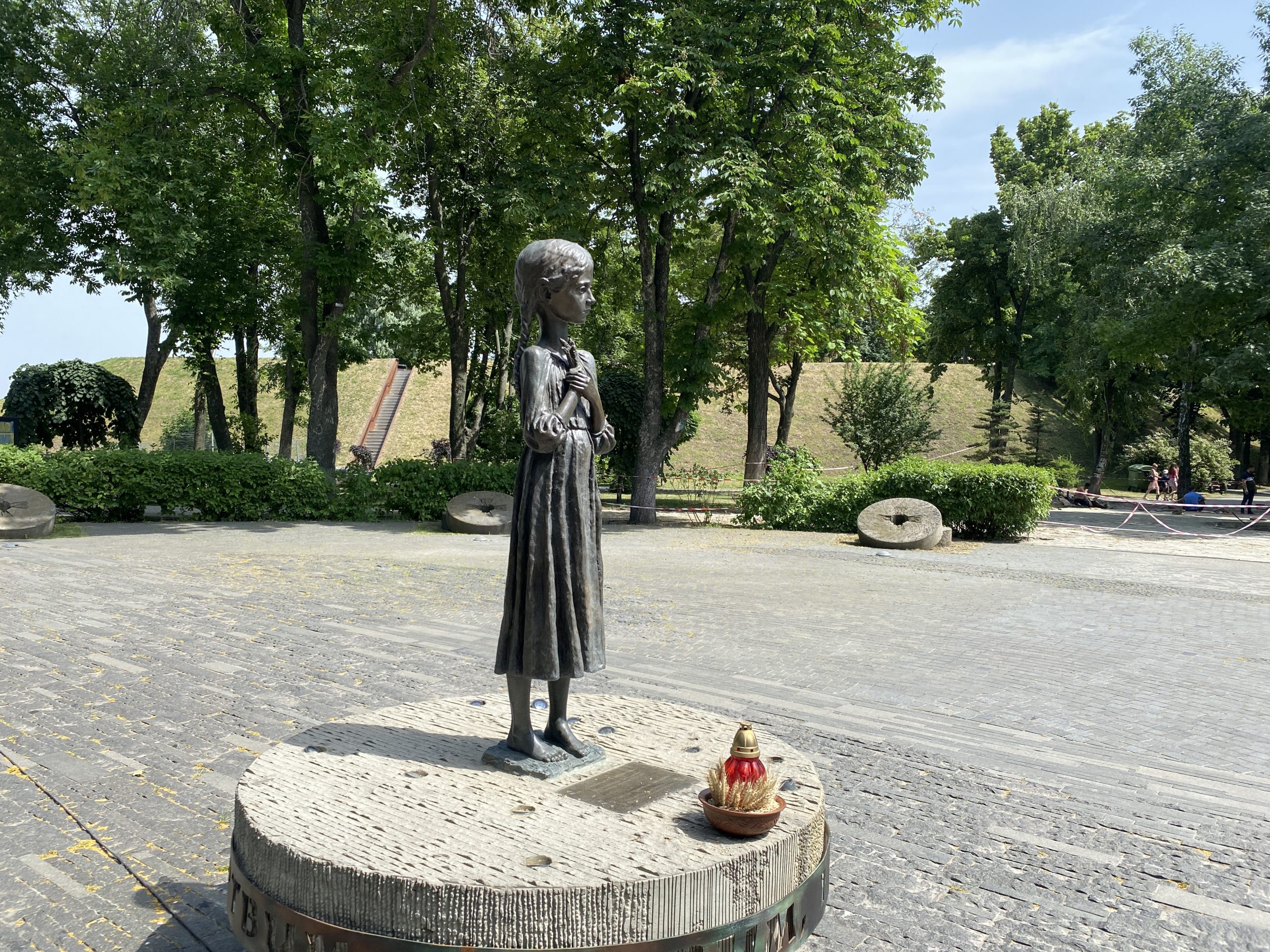 On July 23, 2021, Georgian President Salome Zourabichvili visited the National Museum of the Holodomor Genocide. She saw the museum’s exhibits and placed a decorative composition of wheat ears to the “Bitter Memory of Childhood” sculpture.

We remind that Georgia recognized the Holodomor as genocide of the Ukrainian nation on December 20, 2005.

The Georgian Parliament … is aware that the totalitarian Bolshevik regime committed a deliberate genocide of the Ukrainian nation during this period [1932–1933], and expresses its grief and condolences over the deaths of the victims of the 1932–1933 genocide in Ukraine.

In 2020, the Holodomor Museum presented an audio guide in 33 languages, including Georgian.