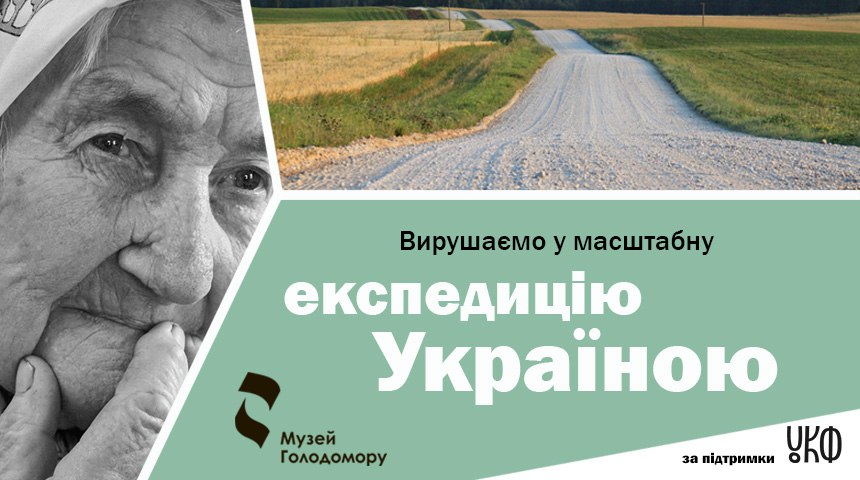 Record the last testimonies about the Holodomor: Holodomor Museum started a large expedition throughout Ukraine

The team of the National Museum of the Holodomor Genocide launches the expedition project “Holodomor: Mosaics of History. Unknown Pages”. The museum will visit 10 regions of Ukraine, including Donetsk and Luhansk, to record the stories of the Holodomor eyewitnesses and interview local historians, find new exhibits, and record the mass graves of Holodomor victims.

Based on the recorded interviews, 10 media video stories and texts will be created. Also, all testimonies will be digitized and presented on the online platform “Testimonies”, which already stores more than 800 stories of Holodomor eyewitnesses.

There are almost no witnesses to the Holodomor of 1932–1933 left—their experience is an invaluable piece of oral history. Museologists encourage to share contacts with genocide survivors or their relatives in a form for recording eyewitnesses’ interviews.

“For the Museum, the project is one of the strategic areas of activity, because the accumulation and dissemination of knowledge about the Holodomor helps to warn society against the recurrence of the crime of genocide,” Mykhailo Kostiv, project coordinator, said.

The progress of the expedition can be followed on the official pages of the Museum on Facebook and Instagram.

The project will be implemented with the support of the Ukrainian Cultural Foundation.

Last year, the Holodomor Museum team together with Ukrainer visited 9 regions of Ukraine. For 30 days, the participants visited 64 settlements from 33 districts, where they recorded the testimonies of 120 eyewitnesses of the Holodomor, talked to 50 local historians and recorded 66 mass graves of genocide victims. During the expedition, Holodomor witnesses donated unique items to the museum that tell family stories about the genocide. The stories can be found at the link.

The Holodomor Museum is the only museum in the world that tells about the genocide of Ukrainians. We teach to resist hatred and human rights violations, and warn society against the crime of genocide by accumulating and disseminating knowledge about the Holodomor.