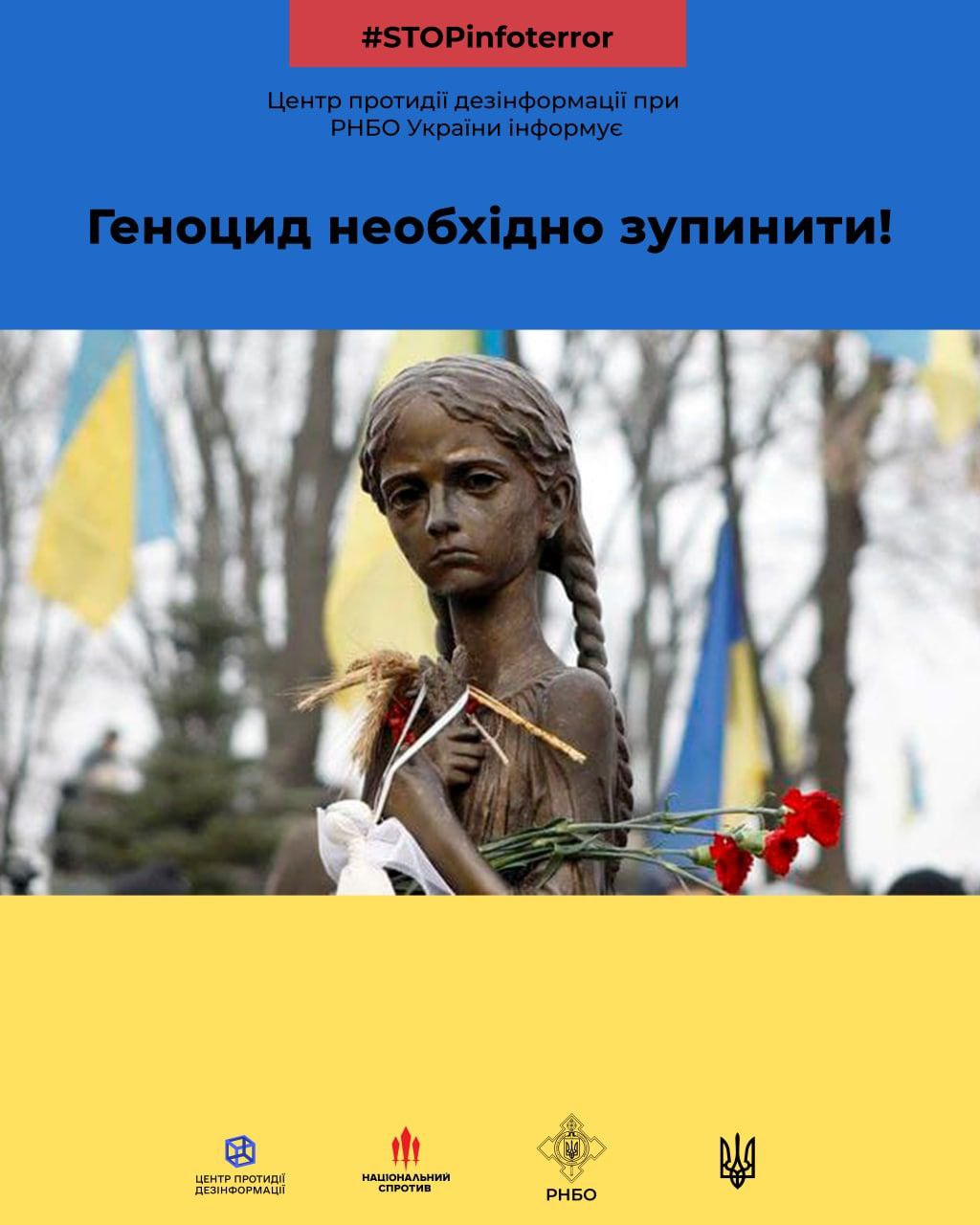 The Center for Countering Disinformation at the National Security and Defense Council of Ukraine: Russian Genocide of the Ukrainian Population

1. Kuban Cossacks. In 1926, the Soviet government began Russification and forced relocation of ethnic Ukrainians from Zaporizhzhia to the Kuban. The Krasnodar Territory was forcibly made Russian.

In 1992, Ukrainian documentary filmmaker Valentyn Sperkach made a documentary about the Kuban Cossacks, ethnic Ukrainians, relocated to Russia for fear of extermination: 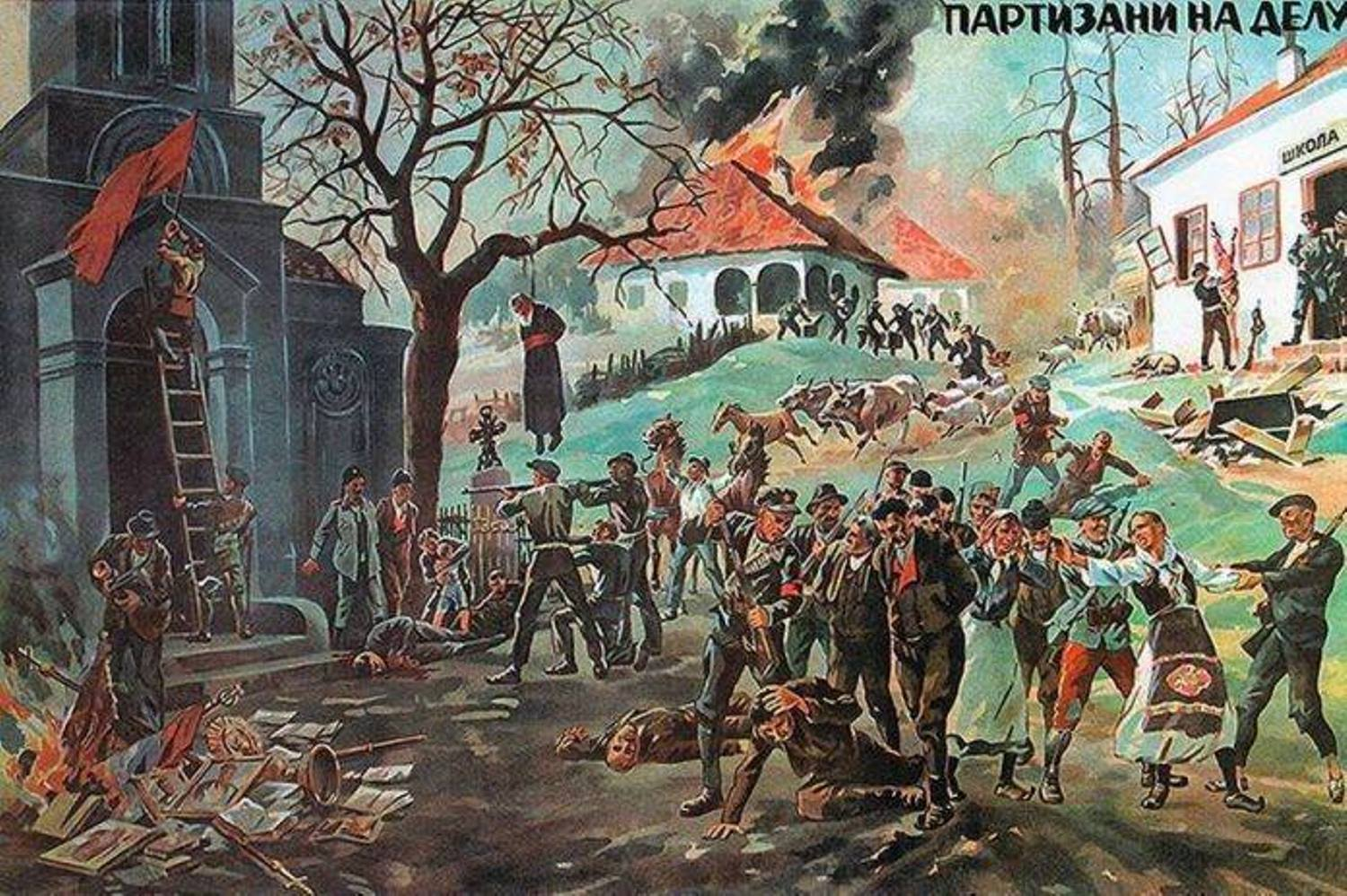 2. The Holodomor of 1932-1933 – an act of genocide of the Ukrainian people, organized by the leadership of the CPSU (b) and the USSR government in 1932-1933 by creating a mass man-made famine. Hunger murder took place throughout Ukraine and in the Kuban. Almost 10.5 million Ukrainians died. 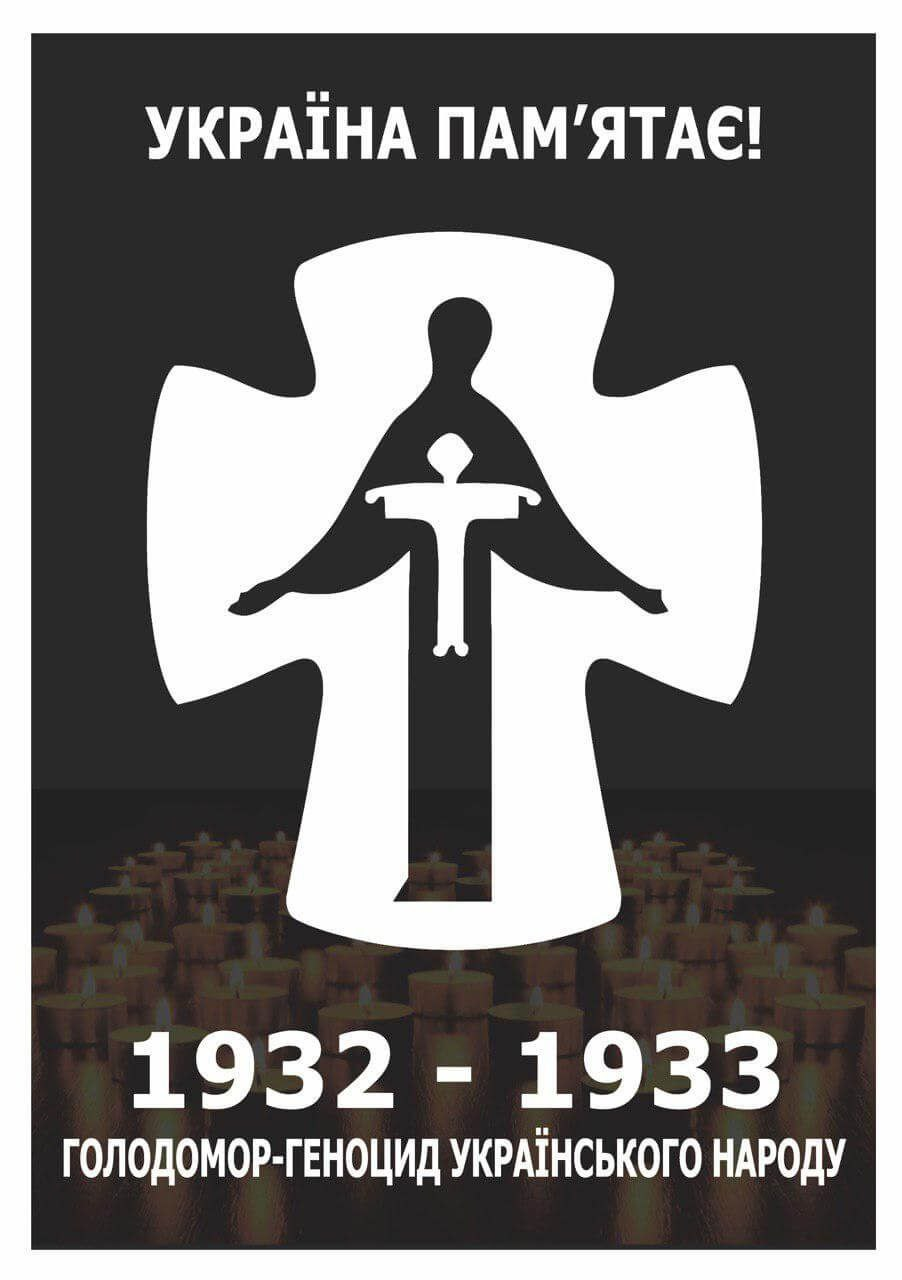 3. Operation Vistula – ethnic cleansing carried out during April-July 1947 by the decision of the party and state leadership of the USSR, the Republic of Poland, and the Czechoslovak Republic. It consisted of the forced, with the use of Soviet troops, deportation of Ukrainians from their ethnic territories – Lemko, Nadsyannia, Podlasie, and Kholm – in the western and northern parts of the Polish state that belonged to Germany until 1945, the so-called “Returned Lands” from in order to assimilate the Ukrainian population under the manipulative pretext of limiting the support of the Ukrainian underground by the local population. 140,575 people were forcibly relocated, 3,936 people were imprisoned in the Jaworzno concentration camp (including 823 women, 27 priests; about 200 prisoners died as a result of torture), 655 people were killed, and 2,800 members of the Ukrainian OUN and UPA movements were arrested. From April to July 1947, the Vistula Task Force conducted 357 military operations, killed 1,509 Ukrainian insurgents, and destroyed 1,178 bunkers and hideouts. 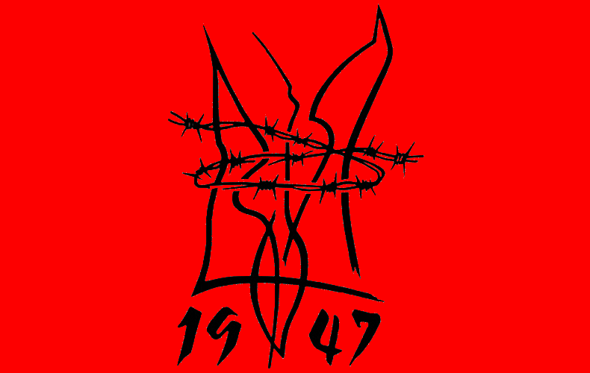 4. “Military operation.” Russia’s invasion of Ukraine, the annexation of Crimea, capture of the Donetsk and Luhansk regions. The Russian-Ukrainian war began in 2014 and entered a phase of open destruction of Ukrainians by the Russian occupiers on February 24, 2022. The genocide of the Ukrainian population by Russia continues in Kharkiv, Mariupol, Donetsk, Luhansk, Zhytomyr, and Kyiv, Ukrainian cities where most Ukrainians speak Russian. According to the Office of the UN High Commissioner for Human Rights, more than 15,000 Ukrainians have died in the war since 2014. 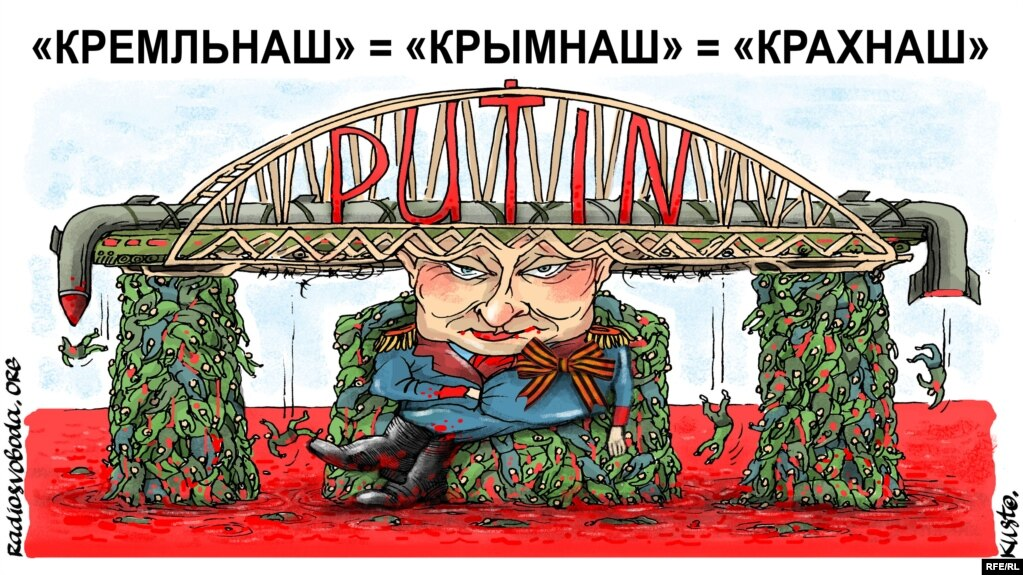 Russia’s killings of Ukrainians must be stopped! #stoprussia