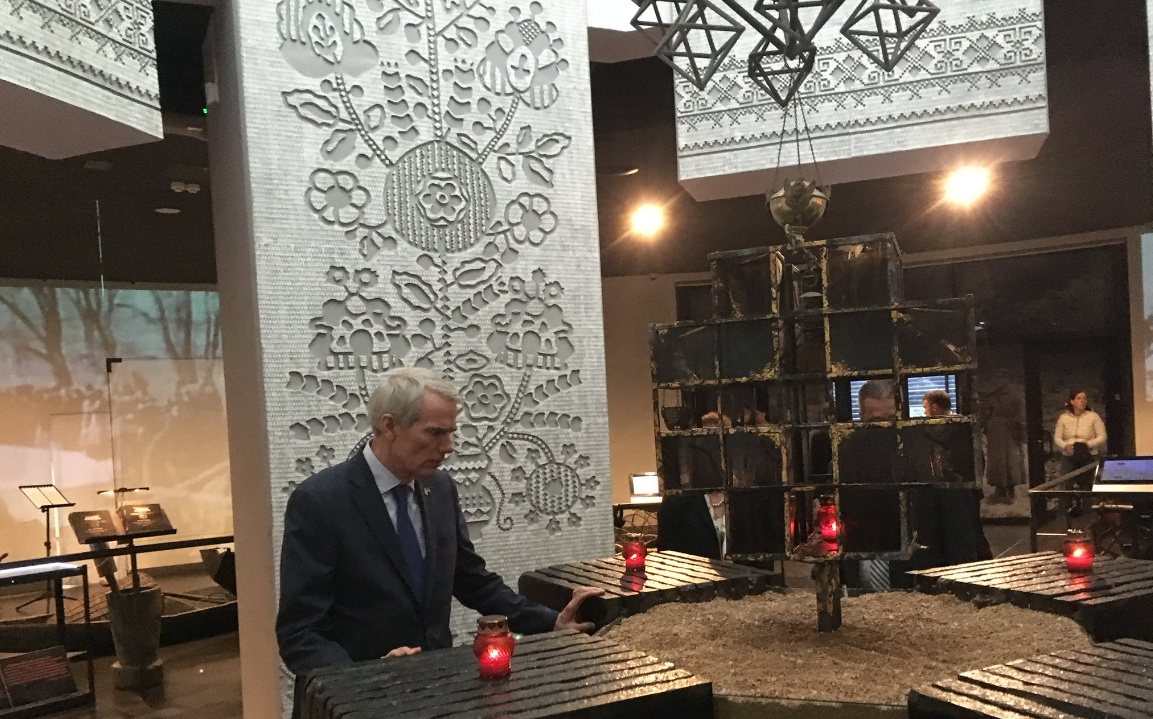 On April 5, 2018, National Museum “Holodomor Victims Memorial” was visited by a Senator from Ohio, co-chairman of the Ukrainian Support Group in the US Senate, Robert Portman.

The senator put the flowers to the sculpture “Bitter memory of childhood” on the territory of the Memorial, and got acquainted with the exposition of the Hall of Memory, the National Book of Memory Holodomor Victims.