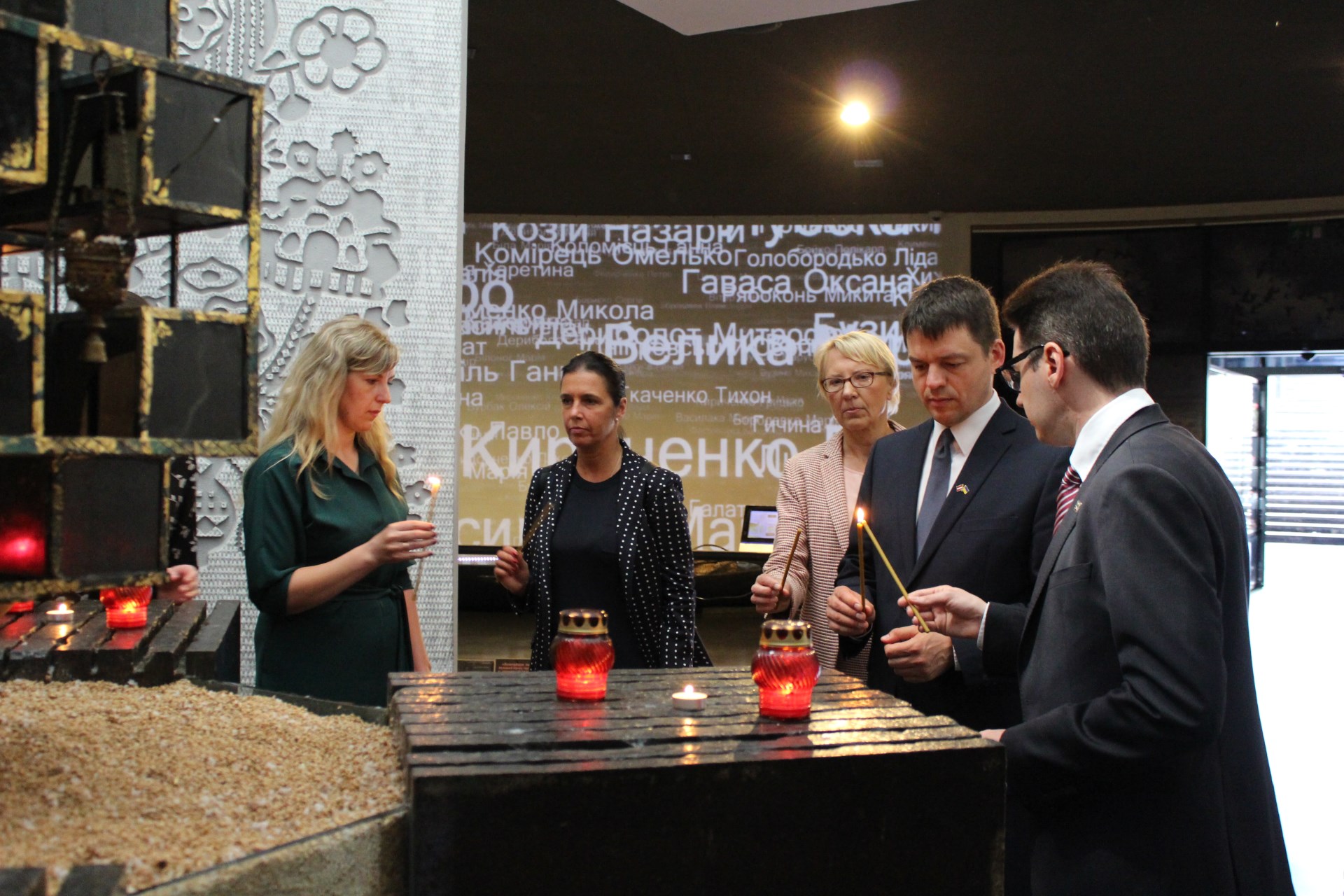 On May 16, 2018, the deputy of the Saeima of Latvia Edvins Snore visited the National Museum «Holodomor Victims Memorial». Edvins Snore honored the victims of the Holodomor, explored the territory of the Memorial, attended the guided tour and listened to the video testimonies by people who survived during the Holodomor.

The Latvian parliamentarian, who is also a historian, scientist and film director, is interested in the history of the Holodomor. In 2008, he was the director of the documentary «Soviet History», devoted to the history of international crimes of the Soviet Union before and after the Second World War. The film includes a story about the genocide of the Ukrainian nation – the Holodomor. In 2013, Edvins Snore defended his dissertation on the topic «The West’s response to the Holodomor in Ukraine in the early 30’s of the twentieth century».

Therefore, the visit of a deputy to the museum was not accidental. Mr. Snore personally included in the program of a working visit to Ukraine an excursion to the Holodomor Victims Memorial. He expressed his condolences and support to the Ukrainian people.

We recall that Latvia recognized the Holodomor as a genocide of the Ukrainian nation in 2008.