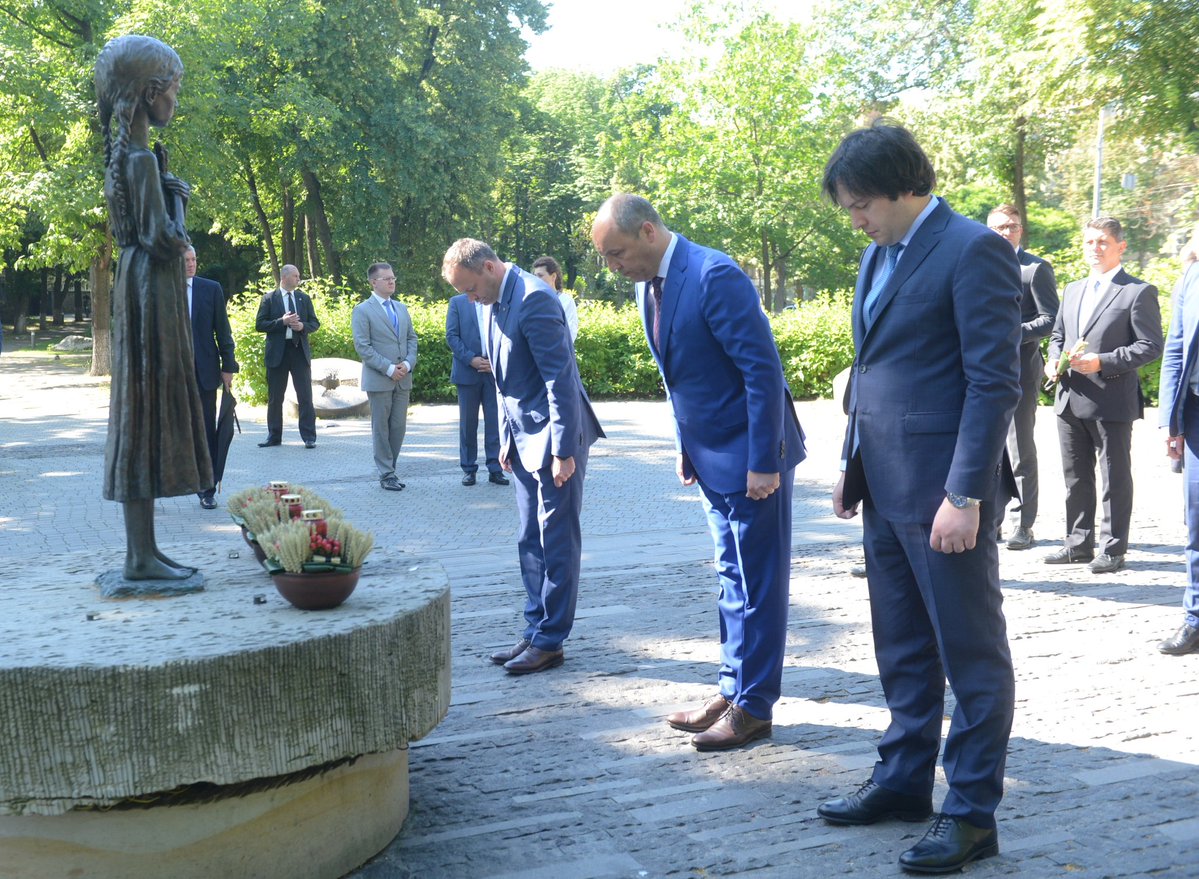 The heads of the parliaments of Ukraine, Georgia and Moldova commemorated Holodomor victims

On June 9, 2018 Chairman of the Supreme Council of Ukraine Andriy Paruby, Chairman of the Parliament of Georgia Irakli Kobakhidze and Speaker of the Parliament of Moldova Adrian Kanda visited Memorial to the Holodomor victims. It was the part of the Second Inter-Parliamentary Conference “Ukraine, Georgia and Moldova: strengthening interparliamentary component of regional and security cooperation and development of relations with the EU and NATO”

Participants of the Inter-Parliamentary Conference honored the memory of the victims of Holodomor, which is the Soviet genocide against the Ukrainian nation in 1932-1933.

We remind that Georgian parliament recognized the Holodomor as genocide in the document dated 20 December 2005: “The Parliament of Georgia … is aware that the totalitarian Bolshevik regime during this period [1932-1933] was made purposeful genocide against the Ukrainians, and expressed sorrow and condolences for the death victims of genocide committed in Ukraine in 1932-1933 “.

The Republic of Moldova has not recognized Holodomor yet.