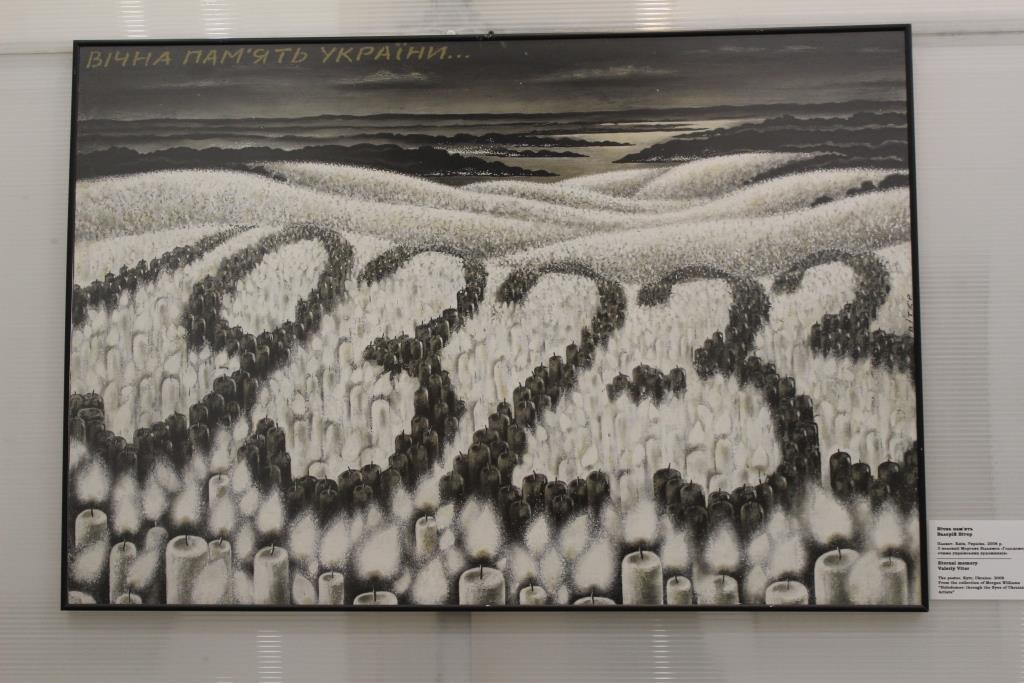 The Holodomor Museum exhibits posters from the Morgan Williams` collection

From March 30 to August 26, 2018, all visitors to our museum will be able to get acquainted with the exhibition of posters on the Holodomor, from the private collection of American philanthropist Morgan Williams.

The exhibition presents both works created in the Ukrainian Diaspora environment, as well as works of contemporary Ukrainian artists. Among them are the works of Ukrainian artists Valeriy Viter, Georgiy Shevtsov, Mykola Pavlusenko, Oleksandr Makarenko.

Also, there will be the blocks of post stamps and postcards that were distributed in the West during the sorrowful events of the 15th and 30th anniversaries of memory of the Holodomor 1932-1933 victims.

The purpose of the exhibition is to show the greatest crime against the Ukrainian nation – the Holodomor-genocide by the means of fine art.