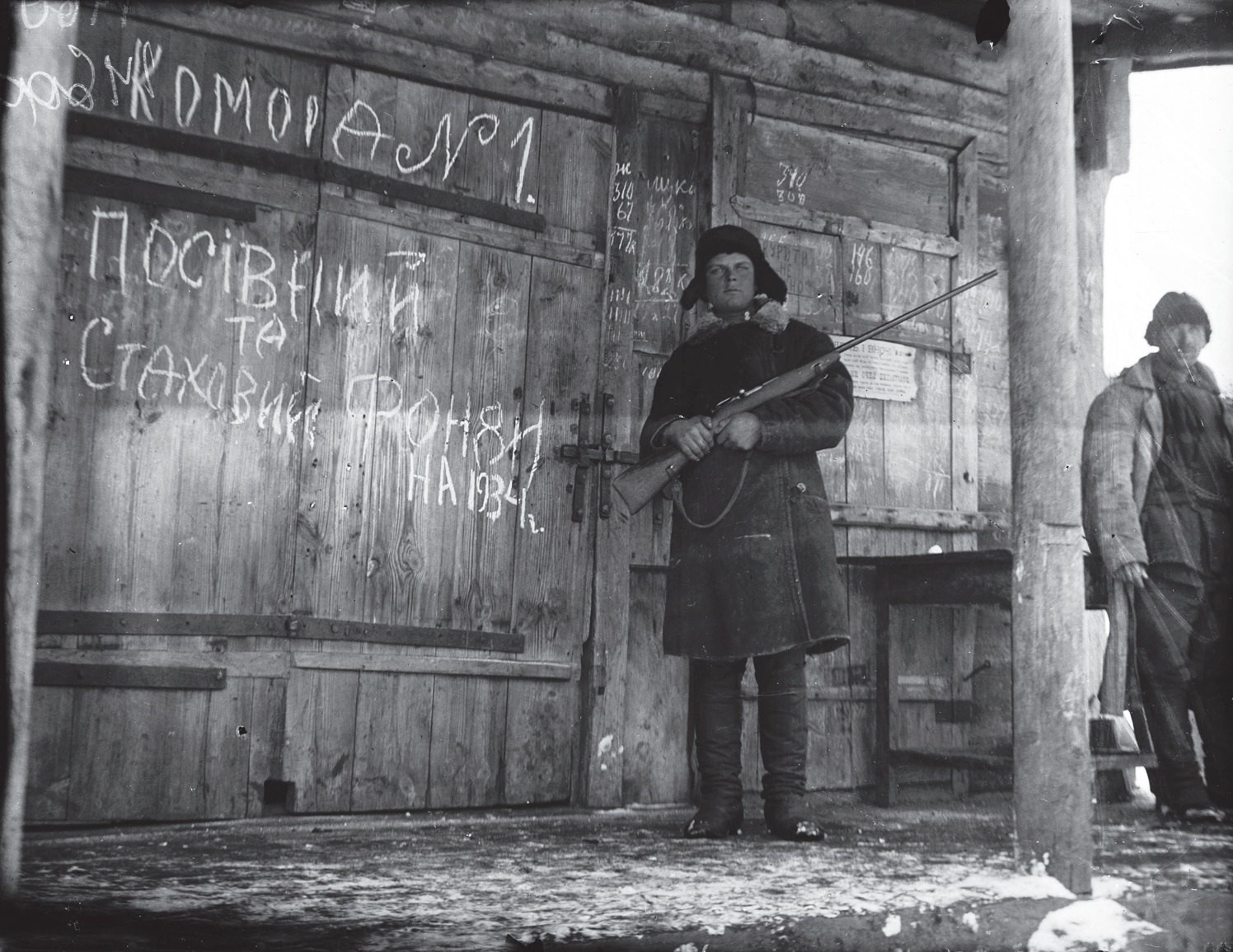 The initiator of the development and adoption of the resolution was the dictator Joseph Stalin. On July 25, 1932, he personally proposed issuing a law “against the embezzlement of cooperative and collective farm property and cargo in transport,” and declared “… public property (cooperative, collective farm, state) sacred and inviolable.”

According to the resolution, cargo on rail and water transport, as well as the property of collective farms and cooperatives (crops in the fields, livestock, supplies, cooperative warehouses, and stores), were equated to state property. The maximum penalty for the theft was execution by shooting with confiscation of property or, in the presence of “extenuating circumstances,” imprisonment for at least ten years with confiscation. The resolution required not to apply amnesty for those convicted of such crimes.

Even a few ears of grain, a cob of corn, or a few potatoes left over after harvesting were considered “theft.” It was believed to let it rot better but not get to the “class enemy.”

“After the harvesting campaign, ears of grain left on the field. When people grazed cattle, they had no right to pick up even the grains lying on the ground. For this they were thrown into prison. Fields were guarded by Komsomol activists, and collective farm storerooms- by guards. Towers were built near the fields, on which armed men stood, whose task was to “catch spies,” – recalled Oleksandr Kovtun, whose memories were recorded in the National Book of Memory of the Holodomor Victims of the Sumy Region.

A peculiar peak of the punitive application “Law on Five Ears of Grain” falls on the final stage of the grain procurement campaign at the end of November 1932 – January 1933. It was during this period, having exhausted the so-called “visible supplies of bread,” the authorities began to implement the procurement plan, seizing from the farmers “stolen, illegally distributed and hidden bread.”The policy was as follows: if you did not carry out the grain procurement plan, and at least something edible was found in your possession, then you stole and hid it. Secret grinding of grain was also considered a criminal offense and was subject to the resolution. Therefore, they took millstones from farmers or broke. In essence, the law forbade farmers to dispose of their own food.

The “Law on Five Ears of Grain” became one of the key documents of the Holodomor because it deprived Ukrainians of the right to salvation. Its adoption became a death sentence for millions of Ukrainians. When everything was taken to the last grain, those who tried to survive would be judged as enemies of the people.

At the height of Holodomor, it often happened that the “Law on Five Ears of Grain” was applied to farmers dying of famine. For instance, in the Arbuzinsky and Hrosulivsky districts of the Odessa region, the “thieves” did not even live to see the cases in court and died of exhaustion.

According to information published in 1988 by the Pravda newspaper, less than five months after the adoption of the “Law on Five Ears of Grain,” 54,645 people were convicted under its articles. Of them, 2,110 – on death row. They also punished children who tried to find at least some food. The resolution was valid until 1947, until it was replaced by the Resolution of the Presidium of the Supreme Soviet of the USSR “On criminal liability for theft of State and public property,” which established differentiated liability – the punishment varied from 5 to 25 years depending on the severity of the crime.