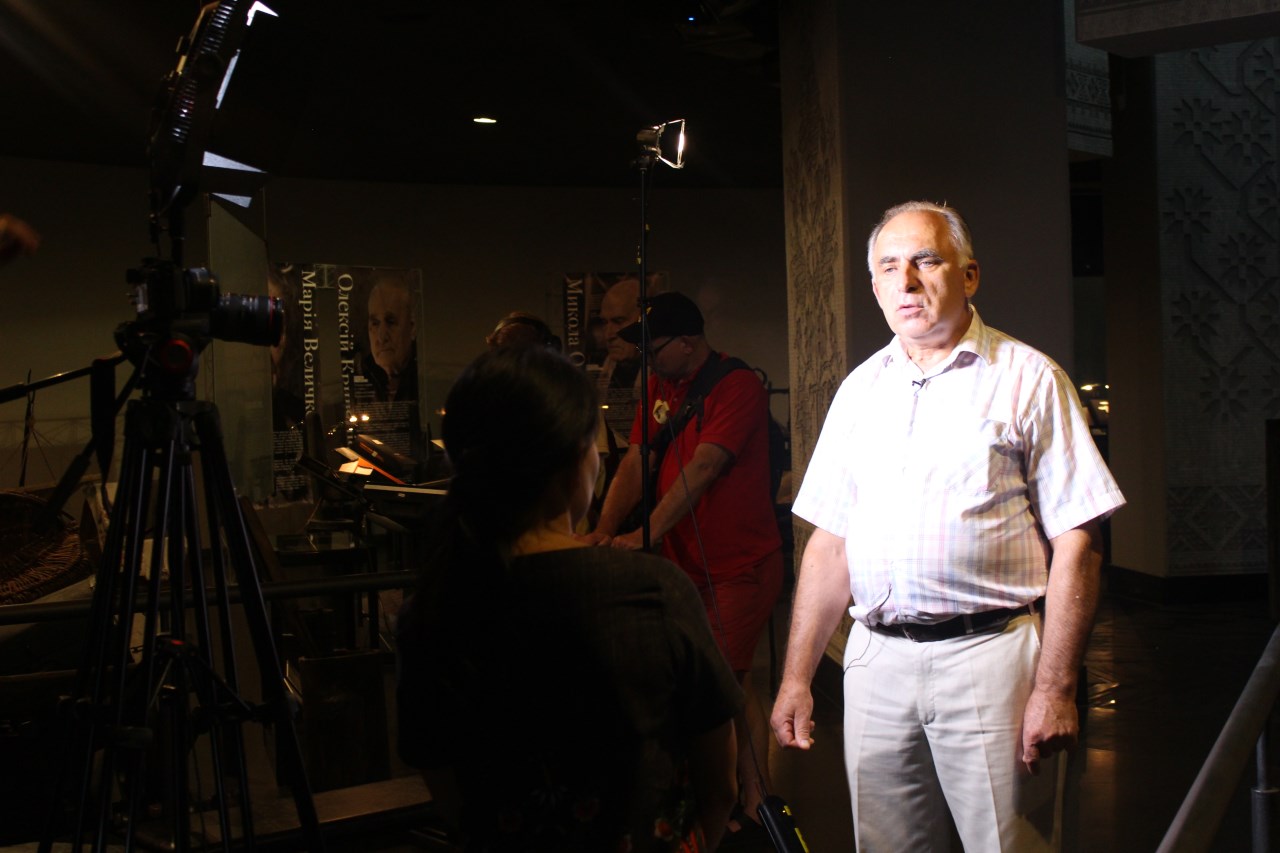 The National Museum «Holodomor Victims Memorial» was visited by Inga Imanbay, the journalist from Kazakhstan

National Museum «Holodomor Victims Memorial» was visited by the Kazakh journalist Inga Imanbay in the framework of the creation of the movie about the Holodomor in Kazakhstan in 1932-1933 (author of the film – an independent journalist Zhanbolat Mamay). She visited the exposition of the Hall of Memory and the territory of the Memorial, and also interviewed a leading researcher at the museum’s research department Professor Arsen Zinchenko.