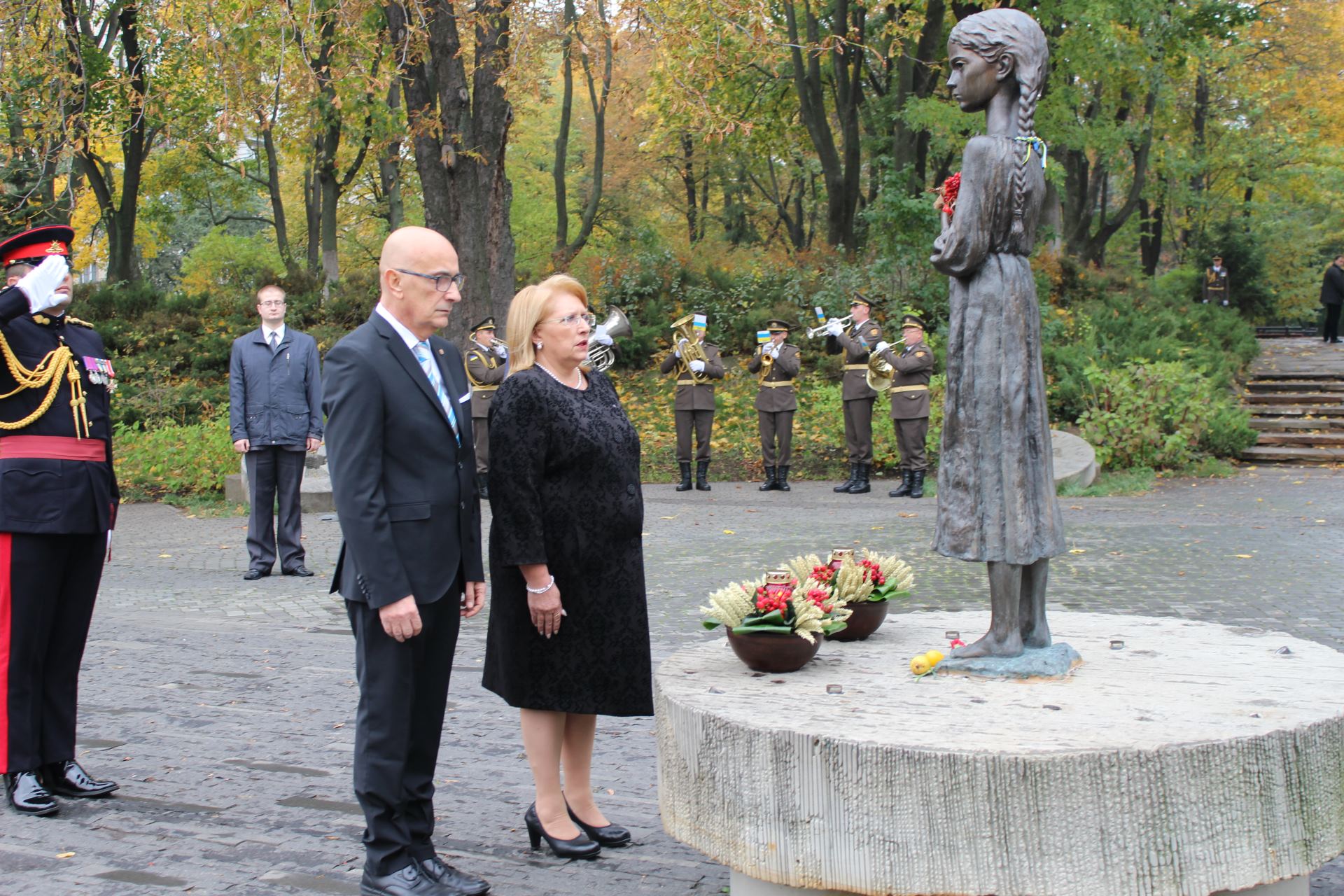 The President of Malta in the Holodomor Victims Memorial

The President of the Republic of Malta arrived in Ukraine on a working visit.

The Maltese president will participate in the Ukrainian-Maltese Business Forum in Kyiv, which is taking place these days. Despite the dense schedule of the visit of Marie-Louise Coleyro Preca, a visit of the Holodomor victims Memorial is mandatory.

October 17, 2017 the honourable guests visited the Memorial and commemorated the Holodomor victims by putting flowers near the sculpture of a girl with wheat spikelets in hands which is called “The bitter memory of childhood”.

This year, the President of Ukraine had an official visit to the Republic of Malta, during which he addressed the speaker of the House of Representatives of the Malta Parliament to recognize the Holodomor as the genocide of the Ukrainian nation.